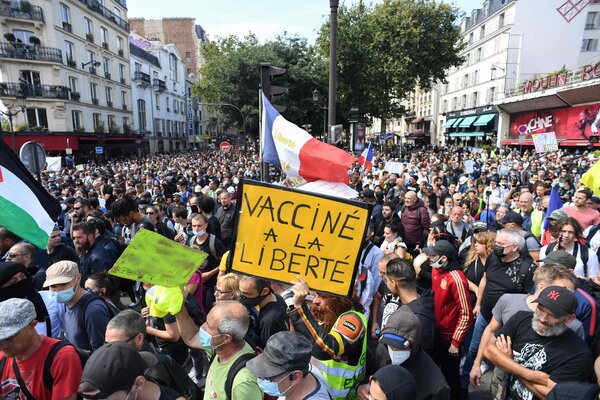 PARIS — Pascale Collino, 64, is far more afraid of the Covid-19 vaccines than of the disease itself. So when the French government decided to implement a new health pass policy barring those without proof of vaccination or a recent negative test from many indoor venues, she took to the streets in protest.

“We have to be on the front-lines of this fight,” Ms. Collino said on Saturday near the French health ministry in Paris, where a large crowd had converged, banging pots and cowbells.

For the third week in a row, thousands took to streets around France to protest against the government’s health pass law, which was passed by Parliament recently but still needs a final greenlight from a top constitutional council, expected next week, before it can be fully enforced.

The protests come as authorities try to stem a new wave of infections that is starting to put pressure on France’s hospitals, where 85 percent of Covid-19 patients are unvaccinated, according to a government report published this week. 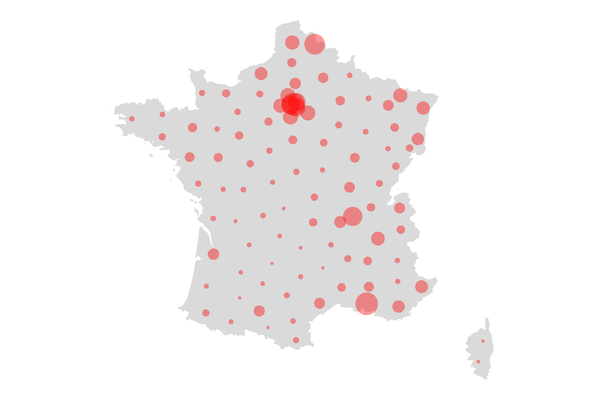 See the latest charts and maps of coronavirus cases, deaths, hospitalizations and vaccinations in France.

Over 200,000 people marched in Paris, where 3,000 police officers were deployed, and in other cities, including Marseille, Rennes and Strasbourg, according to the French interior ministry. The growing size of the protests from week to week and their motley mix of demonstrators have become an increasing source of concern for the government.

The demonstrators are united in their distrust of the media and of President Emmanuel Macron’s government, but that is where the similarity ends. They include far-right and far-left activists, Yellow Vest members and vaccine conspiracy theorists, as well as vaccinated people who argue that the health pass is oppressive and unfair. They also encompass families angry over new rules dictating that unvaccinated middle and high school students, but not vaccinated ones, will be sent home if a coronavirus infection case is detected in their class.

Woman surprised as she finds huge colony of 30,000 bees living in her wall