European hamsters are on the brink of extinction and could vanish entirely within the next 30 years, according to conservationists.

The rodent, also known by its Latin name cricetus cricetus, has been named as a critically endangered species in latest listings from the International Union for Conservation of Nature (IUCN).

Once a common sight across Europe and Russia, the hamster is said to have suffered severe population declines in recent years as females experienced reduced average birth rates from 20 pups each year to around five or six.

It is not currently known what has caused these changes to birth rates, but the IUCN says monoculture plantations, industrial development, global warming and light pollution are being looked into as possible reasons. The development has been particularly felt in the hamsters’ original habitat in Alsace, France, where it has vanished from more than three-quarters of the area.

In Germany, it has disappeared from a third of its usual area, and a further 75% of where it would have been found in Eastern Europe.

Dr Mikhail Rusin, an author of the new Red List assessment, said conservation efforts may have started to slow the population decline in some places, but it has so far “failed to reverse the trend”.

He added: “In addition to these measures, more research into the various possible drivers of the European hamster’s disappearance is urgently needed to save it from extinction.”

The warning from the IUCN on Thursday also highlighted dangers to other animals – including many subspecies of lemurs and the North Atlantic right whale, which have been listed as critically endangered. 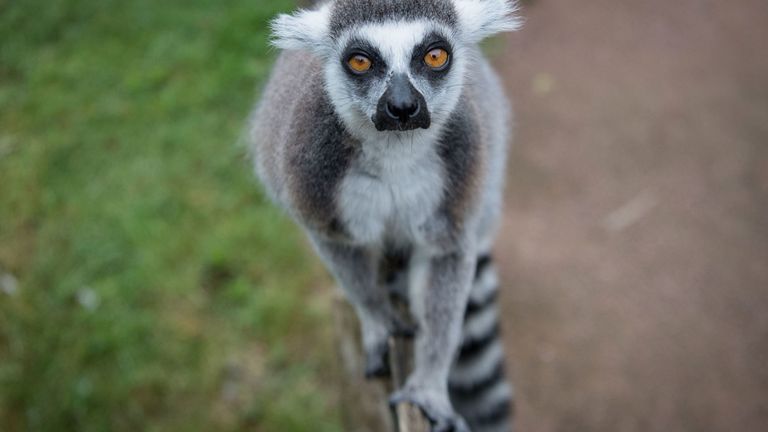 A third of lemurs, which live on the island nation of Madagascar, are at the highest risk of extinction – but almost the entire species is under threat.

This is thought to be due to their habitat being destroyed by agricultural expansion.

More than half of all primate species in Africa are now under threat, according to the IUCN, including 17 species of red colobus monkey.

She added: “It also shows that Homo sapiens needs to drastically change its relationship to other primates, and to nature as a whole.

“At the heart of this crisis is a dire need for alternative, sustainable livelihoods to replace the current reliance on deforestation and unsustainable use of wildlife. For the North Atlantic right whale, there are believed to be less than 250 in existence.

Climate change has been touted as reason for guiding the whales into waters where they are more likely to encounter humans, where they have experienced troubles with entanglements with fishing equipment, being hit by boats, and lower reproduction rates.

The IUCN has assessed 120,372 species for its Red List, having put 32,441 in at least one of its three categories signifying the species is under threat.

Also on the list is the world’s most expensive fungus – the caterpillar fungus – which has a popular use in traditional Chinese medicine and has been given its vulnerable status due to over-harvesting.

Colombia to begin easing restrictions from the start of June