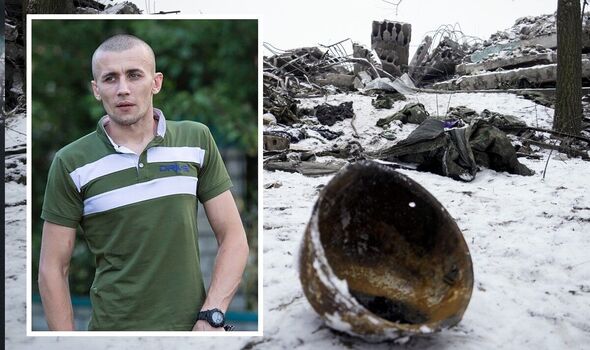 The Russian special forces have killed a “deserter” who escaped his post in Ukraine with a weapon and several grenades. Dimitry Perov, 31, was hiding in a barn in his home town in the Lipetsk region when special forces arrived and shot the man dead, the regional government confirmed today. He had been spotted on surveillance camera at a bus stop in a nearby city.

Russian media confirmed the man had escaped the Ukraine front on January 13, sparking a police search in Russia.

The Russian authorities claimed the man had fled the “special operation zone” armed with a machine gun and several grenades.

The search focused mainly in Voronezh – where he was spotted at the bus stops – and the Lipetsk region.

According to the Russian authorities, when special forces raided the barn in Novouglyanka, the man made a break for it.

He was reportedly ordered to drop his weapon and lie down on the ground. But the arrest resulted in the soldiers opening fire.

Conscripts are said to be monitored closely by the Russian Investigative Committee who hunt down those that evade.

Desertion is considered a serious offence and on the same day as Perov’s death, eight soldiers from Kalingrad were also charged with deserting the war in Ukraine and will face up to 15 years incarcerated if they are convicted.

Those that are called for service but never show up for evasion are also targeted although their punishment is lighter.

Yesterday five searches were conducted for people who never showed up for enlistment in an area of Moscow yesterday.

According to the Russian telegram publication Bazabazon, the servicemen are “young people, who, in the spring and autumn campaigns, received summons for military service, but did not appear at the Moscow military registration and enlistment offices and did not provide any documents in their defense.”

People are arrested for this kind of evasion in Russia under a criminal law which threatens soldiers with fines and in the worst case scenarios can end up in two years in prison.

This month, Ukraine’s military intelligence claimed Russia is set to call upon an additional 500,000 conscripts this month on top of the 300,000 Russia tried to mobilise in October.

A Ukrainian military chief said the mobilised troops wil make up a large offensive over spring and summer.

“We expect them to conduct offensives in Donetsk and Kharkiv regions, as well as possibly Zaporizhzhia but to defend in Kherson and Crimea, this is the number of men they will need for such a task,” Ukraine deputy military intelligence chief Vadym Skibitsky said.

“If Russia loses this time around, then Putin will collapse.”

But Putin has denied the plans for mobilisation, suggesting it would be “pointless”.