Shocking footage of hundreds of troops, artillery and other weapons being ferried to Ukraine’s eastern border has emerged. The clip was shared online just days after German Chancellor Angela Merkel warned the Russian president to pull back troops from the front line.

But, Mr Putin, keen to distract from the domestic chaos that Covid has inflicted on his country, appears to have paid little heed to her words.

He wrote: “After deploying armoured equipment & weapons toward the #Ukraine’s borders, now #Russian Army is deploying its troops to the borderline.

“This video is recorded today shows a group of trucks carrying #Russian Army troops toward the #Crimea in Krasnodar Krai for incoming exercise.” 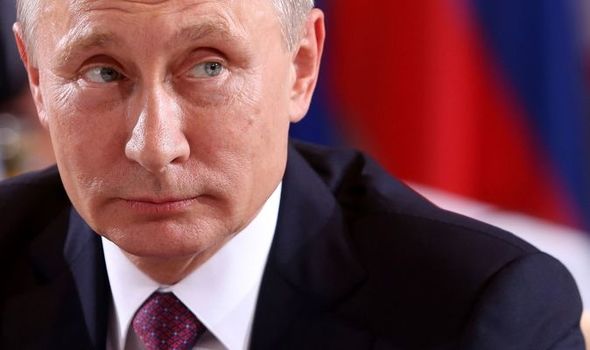 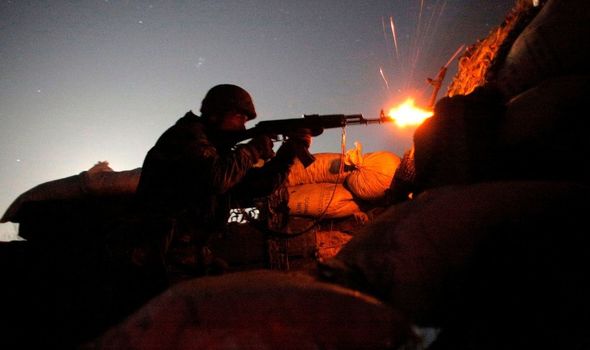 Tensions have been high in the region since Russian-back separatists seized swathes of territory in eastern Ukraine’s Donetsk and Lugansk regions in April 2014.

Ukrainian troops have battled them, with 2015’s uneasy truce frequently being disturbed with tit-for-tat skirmishes.

Fears of a significant escalation in hostilities have mounted in recent weeks, with Ukraine warning that increasing numbers of Russian forces along the border.

This prompted Germany’s long-standing leader to release a statement on Thursday. 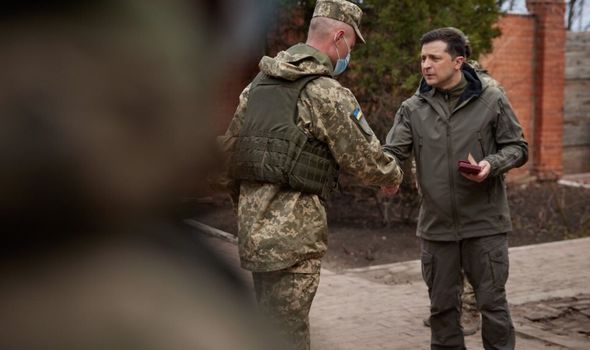 It said: “The chancellor demanded that this build-up be unwound in order to de-escalate the situation.”

The concern over Russia’s actions has prompted the US to dispatch two war ships to the Black Sea to deter a “full-scale” war starting.

But, with more Russian troops on the border since Ukraine’s war erupted in 2014, this could simply send the area’s tense situation to boiling point.

Mr Putin’s actions may have been prompted by Ukrainian President Volodymyr Zelenskyy talking about wanting to join Nato. 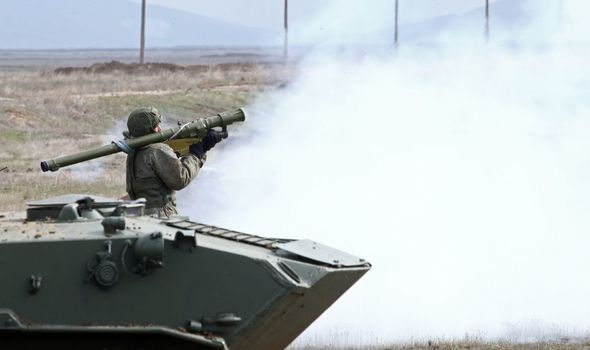 Mr Zelenskyy claims joining the military bloc is the only way to end the conflict in Donbas and deter further aggression from Russia which annexed Ukraine’s Crimea Peninsula in March 2014.

As well as sending troops to the border, the Kremlin has warned Ukraine not to mistreat ethnic Russians living in its country.

Deputy head of Russia’s presidential administration Dmitry Kozak warned that any assault by Kiev on Russian “citizens” in the region would be “the beginning of the end of Ukraine”. 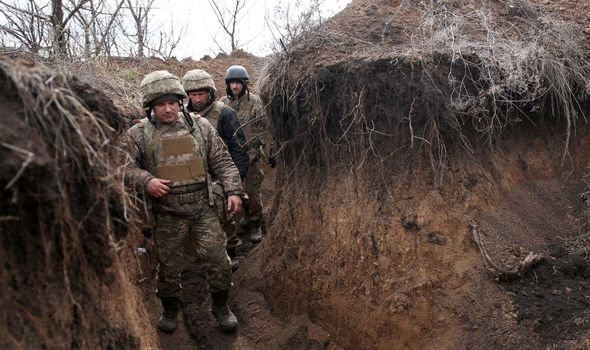 Both men insisted that Ukraine and not their country was the aggressor.

This was disputed by the Americans – who pointed the finger of blame firmly at Russia.

White House Press Secretary Jen Psaki said: “Russia now has more troops on the border with Ukraine than at any time since 2014.

“Five Ukrainian soldiers have been killed this week alone. These are all deeply concerning signs.”

The handshake is back – and it’s causing etiquette chaos