Military coalition calls for an end to escalation in Yemen and immediate return to peace deal signed in November. 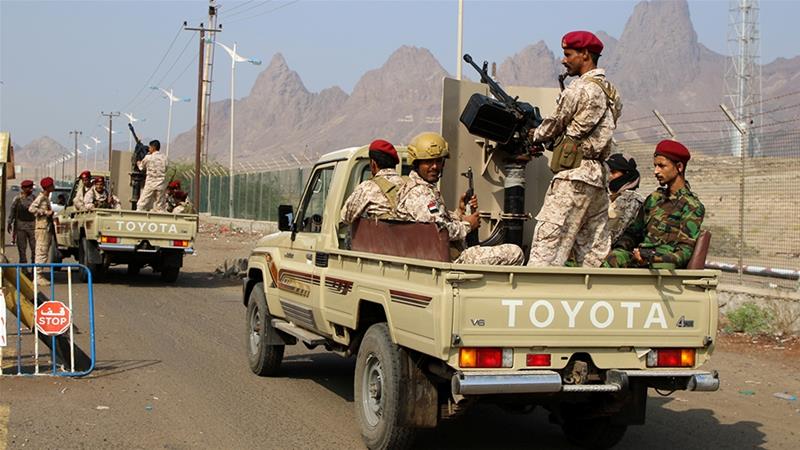 A Saudi Arabia-led military coalition has rejected a separatist group’s declaration of self-rule in Yemen’s south, demanding “an end to escalatory actions” and return to a peace deal signed in November last year.

The Saudi statement on Monday comes a day after Yemen’s Southern Transitional Council (STC) declared a state of emergency and announced “self-administration rule” in regions under their control, including in the port city of Aden.

The key city serves as the interim capital of the internationally recognised and Saudi-backed government of President Abd-Rabbu Mansour Hadi.

The STC and Hadi’s forces are supposed allies in Yemen’s complicated conflict and both have fought together in the Saudi-led coalition’s war against the Houthi rebels, who overran parts of northern Yemen in 2014, including the capital, Sanaa.

But the STC turned on Hadi’s government in August last year and seized Aden. The fighting stopped when the two groups reached a deal in the Saudi capital, Riyadh.

In its statement on Monday, the Saudi-led coalition urged the council to return to the terms of the Riyadh agreement. That deal had called for all sides to remove heavy military equipment from Yemeni cities under their control and form a unity government that included equal representation.

But that had yet to be implemented as the war continued and enormous floods struck Aden, killing at least 21 people earlier this month. Compounding the troubles, Yemen on April 10 announced its first case of the COVID-19.

The Saudi-led coalition said it “demands an end to any escalatory actions and calls for return to the agreement by the participating parties”.

The deal “entails forming a competent government that operate from the interim capital Aden to tackle economic and developmental challenges, in light of natural disasters such as floods, fears of the COVID-19 pandemic outbreak and work to provide services to the brotherly people of Yemen”.

The statement offered no warning on what Saudi Arabia would do if the council refused. The kingdom, itself focused on the coronavirus outbreak there, began a unilateral ceasefire with the Houthis in April that it said will continue throughout the Muslim fasting month of Ramadan.

The STC had been the on-the-ground allies of the United Arab Emirates, once Saudi Arabia’s main partner in the war that subsequently withdrew from the conflict.

The council’s backers often fly the flag of former Communist South Yemen and have pushed to again split the country into two like it was from 1967 to 1990.

“We in [Saudi Arabia] and UAE strongly believe that the internationally backed Riyadh agreement has guaranteed an opportunity for the brotherly Yemeni people to live in peace,” Saudi Minister of State for Foreign Affairs Adel al-Jubeir said in a tweet on Monday.

“We reject any hostilities that will jeopardise the safety and stability of Yemen,” he said.

Meanwhile, the United Nations again called for a ceasefire, noting more than 100,000 people across Yemen have been affected by the torrential rains which had damaged roads, bridges and the electricity grid, and contaminated water supplies.

“Countless families have lost everything,” Lise Grande, the UN’s Humanitarian Coordinator for Yemen, said in a statement.

“The solution is clear. The parties to the conflict need to find the courage to stop fighting and start negotiating.”

On Sunday Aden residents reported heavy deployments of STC forces in the city and a separatist source told AFP news agency they had set up checkpoints “at all government facilities, including the central bank and port of Aden”.

Hussam Radman, a research fellow for the Sanaa Center for Strategic Studies said the separatists were already in control of the military and security in Aden where they have popular support.

“But with this declaration, it will become responsible for the administrative side in the provisional capital that has witnessed an unprecedented decline lately” in the provision of services and economic performance, he told AFP. 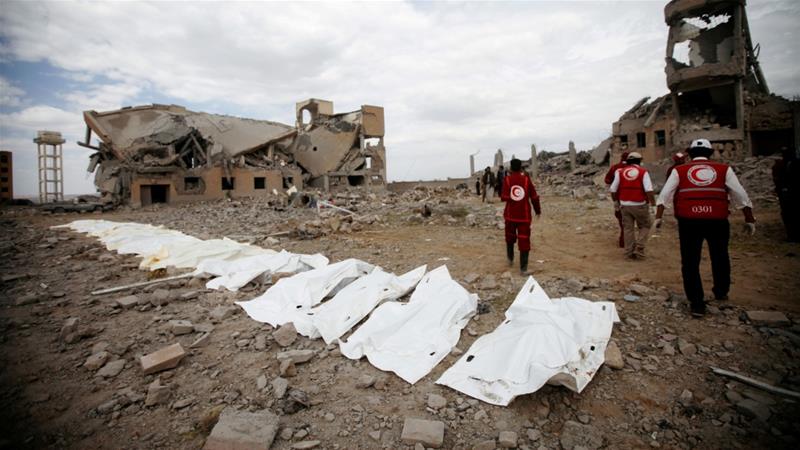 The growing human cost of the war in Yemen