Authorities say fence will stem irregular migration as well as spread of coronavirus in the country. 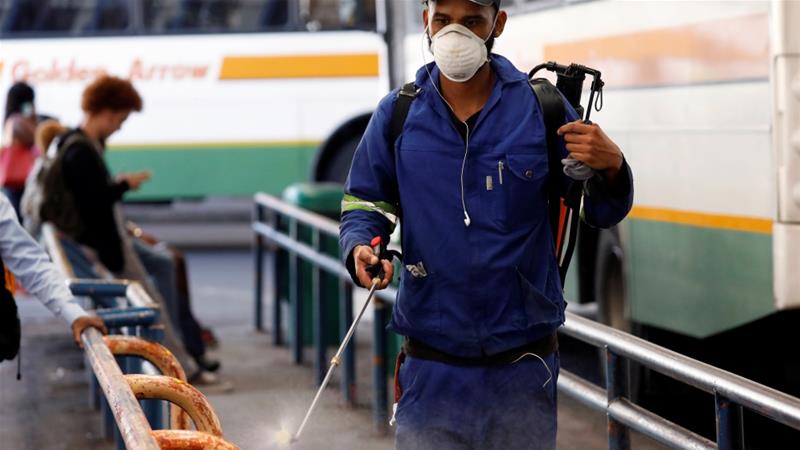 Authorities in South Africa have said they will build a 40km (25 miles) fence along its border with Zimbabwe to prevent undocumented migrants from entering and spreading coronavirus – even though the neighbouring country has no confirmed cases.

The planned fence is to be erected on either side of the Beitbridge Land Port of Entry to “ensure that no undocumented or infected persons cross into the country,” Patricia de Lille, the public works minister, said in a statement on Thursday.

As of Friday, South Africa has reported 202 confirmed cases of the virus and no deaths. President Cyril Ramaphosa has already ordered 35 of 53 land entry points closed.

“This measure will … not be effective if the fences at the border are not secure, which in many places, they are not,” de Lille said in the statement.

“All 40km of fence will be finished within one month. Local labour will be sourced by the contractor.

“We are certainly not xenophobic. We have had thorough consultations with all the countries that are our neighbours. What is important for South Africa is to protect our own citizens and people coming into our country because at the border post now, you’ve got health inspectors and you’ve got environmental professionals and they are doing the testing and screening at the border. But if somebody just walks over the border, there are no such facilities,” she added.

South Africa, the continent’s most industrialised country, has long sought to reduce irregular migration from Zimbabwe, which it sees as a threat to local jobs in a country with unemployment of around 30 percent.

Countries around the world have been cancelling flights, banning travel from certain countries and tightening controls at borders to prevent the virus’s spread.

According to the World Health Organization (WHO), more than 209,000 people have tested positive for COVID-19, the infection caused by the novel coronavirus, around the world.

The virus has claimed the lives of at least 8,700, according to the UN health body.

The outbreak reached Africa later than other continents, but at least 33 countries have now confirmed cases, with 13 reported deaths.