A man who was bitten by a shark while surfing off the coast of an Australian island managed to swim back to the shore and walk 300m (1,000ft) in an effort to find help.

The 29-year-old victim was surfing at D’Estrees Bay off Kangaroo Island near Adelaide on Sunday when he was attacked by the shark.

He said he was bitten on his “back, buttock and elbow” – with the shark also taking a chunk out of his surfboard.

An off-duty paramedic managed to help the victim and drive him 25 miles (40km) to the nearest hospital before being met by an ambulance part way, according to local media. 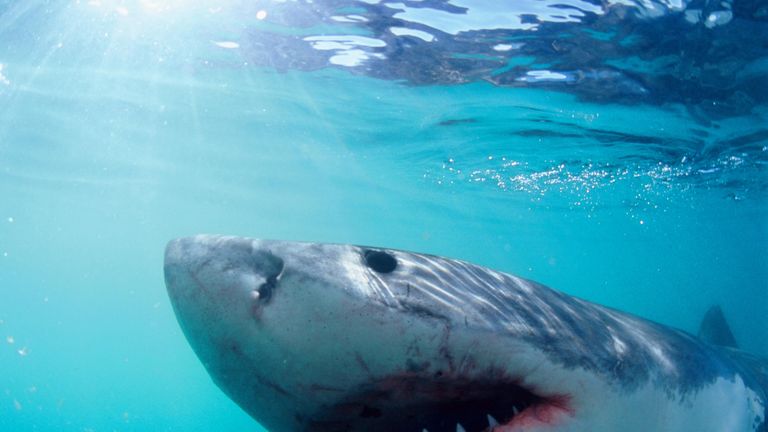 In a handwritten letter from hospital, the unnamed victim thanked the paramedic while detailing his encounter with the shark.

He wrote: “It was a normal day’s surfing at D’Estrees Bay. I was sitting on my board when I felt a hit on my left side – it was like being hit by a truck.

“It bit me around my back, buttock and elbow and took a chunk out of my board. I got a glimpse of the shark as it let go and disappeared. I still had hold of my board [and I] paddled into the beach.

“I walked up to the car park and yelled out to another surfer who was about to go in. He drove me to Kingscote and we were met halfway by the ambulance.”

He added: “I want to thank all those involved in getting me to hospital, the awesome emergency services and medical staff and my family and friends for all their love and support.

Paramedic Michael Rushby, who treated the attack victim, said the man had “serious” and “catastrophic” injuries, adding it was “remarkable” that he managed to swim back to shore and find help on land.

“It’s amazing what people can do,” he said.

Mr Rushby added that the victim was conscious and coherent the whole time he was being treated, and has not spoken to him since.

“One day it will be good to say hello,” the paramedic added.