More than 6,000 people were evacuated from campsites as firefighters tackled two wildfires in the Gironde region in south-west France. The biggest fire was in the town of Landiras, south of Bordeaux, which has closed roads and evacuated 500 residents.

The other one occurred in the Arcachon Bay area with heavy clouds of dark smoke being seen rising in the sky.

As a result of that fire 6,000 people were evacuated from five surrounding campsites as a precautionary measure.

They were taken to a local exhibition centre.

In the Gironde prefecture fireworks have been forbidden until Monday, despite Bastille Day being celebrated on Thursday 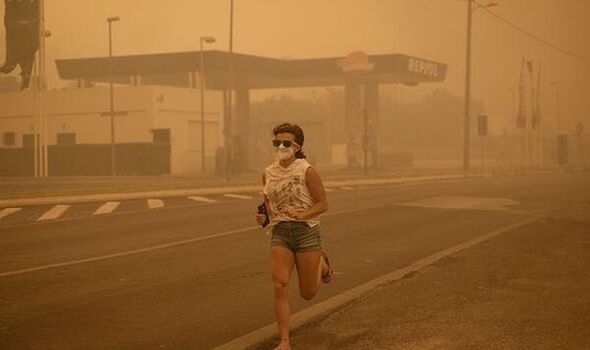 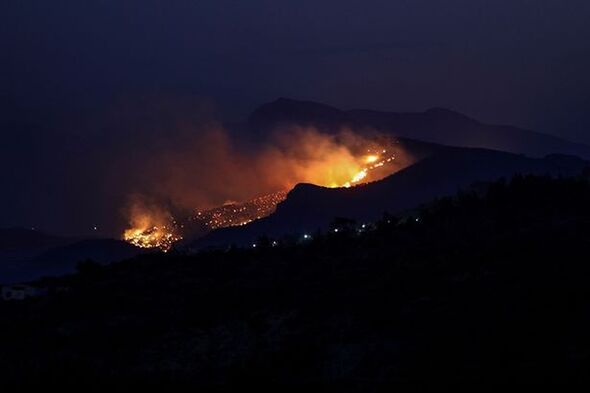 Portugal has faced similar issues with major motorways and side streets being blocked by officials in Leiria.

This was because strong winds had made it more difficult to tackle fires.

Over 3,000 hectares have burned so far in Leiria.

Almost 900 firefighters were tackling three active blazes in Leiria alone, while in the whole of mainland Portugal there were 2,841 firefighters fighting the blazes and 860 vehicles involved. 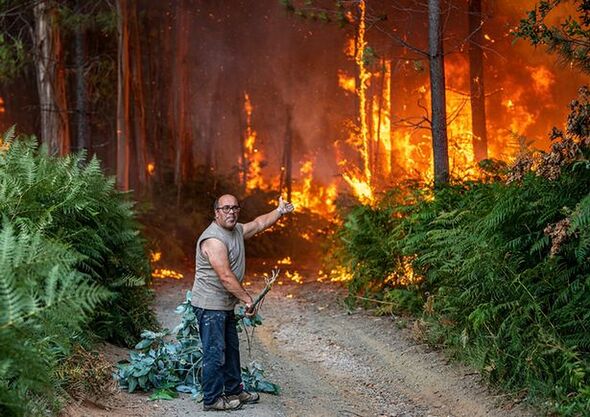 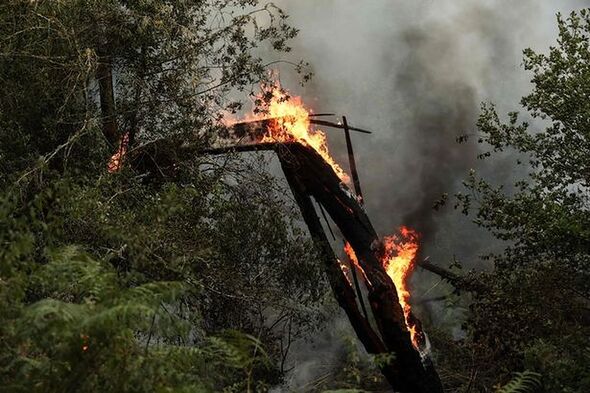 Portugal’s main motorway, connecting its capital Lisbon to Porto, was also blocked due to another fire farther north.

In the southern tourist area of Algarve a fire broke out in the city of Faro and spread to the Quinta do Lago luxury resort.

Much of the country will remain on alert for extreme heat on Thursday with the highest temperatures expected in the Santarem and Castelo Branco districts according to the IPMA weather institute. 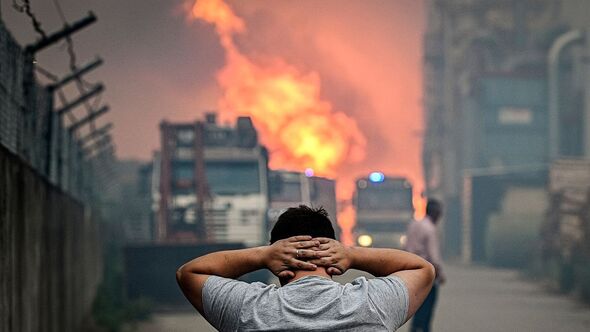 The highest temperature on Wednesday was recorded in the central town of Lousa at 46.3C just below the record set in 2003.

He said: “It is scary when the fire comes.

“If it reaches the house it is a disgrace…you lose everything.”

Around 135 people have received mostly minor injuries since the wildfires started in Portugal last week and 800 people have been evacuated from their homes according to the Civil Protection Authority.

‘It must be NO-DEAL!’ Boris Johnson told to walk away from EU trade talks NOW – poll