The so-called “Gates Of Hell” in Turkmenistan could soon be extinguished, after the country’s leader said it was causing ecological damage.

However, rather than being a supernatural portal to the underworld, the name refers to the site of a dramatic burning crater in the ground, around 160 miles north of the capital city of Ashgabat.

The hole, which is 20 metres (70ft) deep and 60 metres (190ft) wide, was said to be formed after a gas drill collapsed in 1971, according to local news site Turkmenportal. 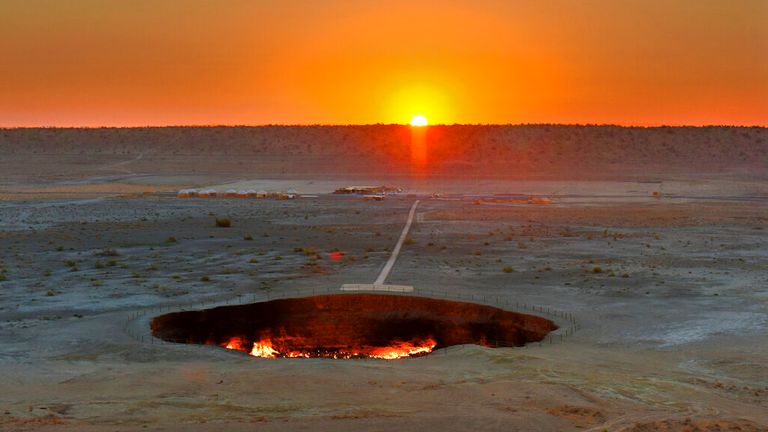 It was set alight in an effort to burn off the natural gas, with the expectation it would only take a few weeks to complete.

It is unclear exactly when the crater started to burn, with some sources saying it may have been set alight a decade later.

For decades it has been a big draw to the handful of tourists that enter the notoriously secretive state.

But now, after burning for an estimated 50 years or so, the country’s president, Gurbanguly Berdymukhamedov, has asked for it to be ended.

“We are losing valuable natural resources for which we could get significant profits and use them for improving the well-being of our people,” he said on state TV.

He added that his team should “find a solution to extinguish the fire”.

Mr Berdymukhamedov hasn’t always had such disdain for the crater – he was filmed in 2019 speeding around it in an off-road truck.

In 2010, he officially named it Shining of Karakum.

Covering a cover-up in real time