Dressed in yellow prison shirts, a group of women labour on a penitentiary farm in El Salvador.

Their sentences are long – often 30 years.

They grow vegetables and, watched by armed guards, sell them outside the prison.

Their crime? They suffered a miscarriage. 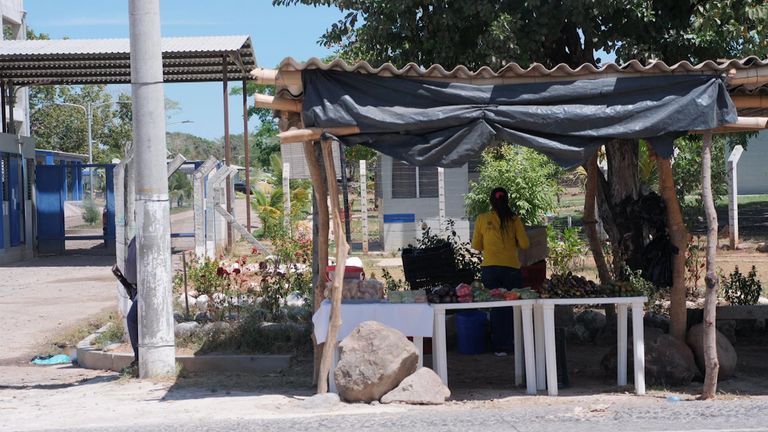 In El Salvador that can put you inside for life – the women are charged with murder of a child.

Teodora Vasquez was one of those women.

She has only been out of prison for two-and-a-half years.

In July 2007, in the final weeks of her pregnancy, she gave birth to her daughter at home after calling an ambulance and experiencing severe pain.

The ambulance took too long, Teodora fainted after the birth, and when she came round, her newborn was dead.

The police arrived, took her away, and charged her with homicide.

Teodora was sentenced to 30 years in jail and served more than 10 before she was released. 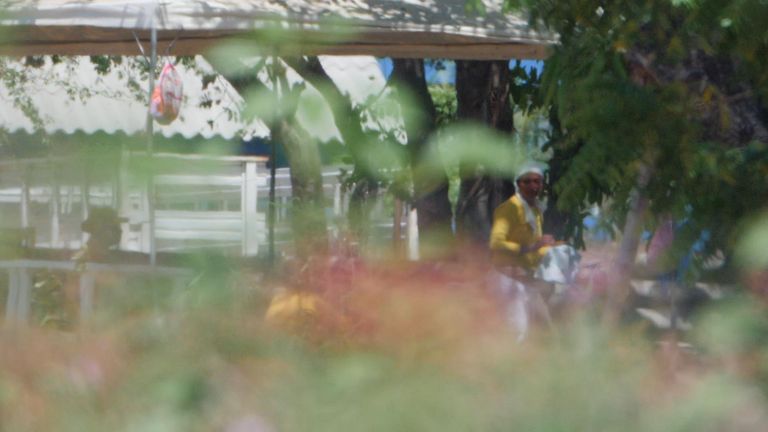 She, like many others, have served their sentences, but the stigma of their so-called crime means that getting back into society is hard.

She is one of a group of women who have gone through similar experiences who meet as part of a self-help group, in an anonymous private house owned by a charity.

They campaign for their friends in prison to be released.

Pictures of those they want to be freed are on the walls of their meeting rooms. 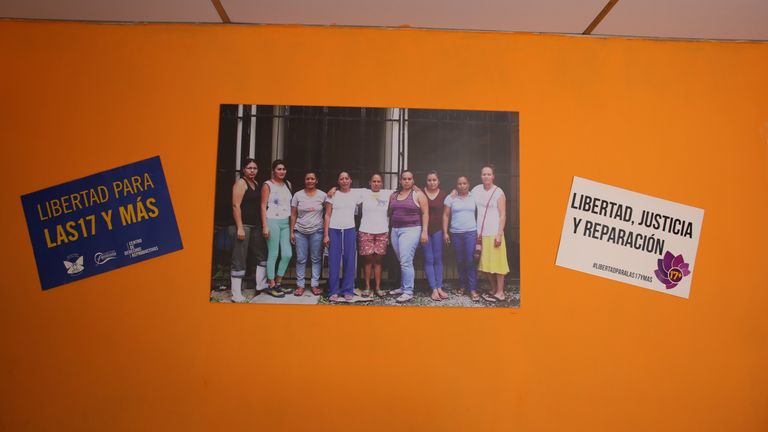 Teodora told Sky News: “The reality is when we regain our freedom from prison, we only regain freedom from the walls (that were around us).

“We are outside the jail, but being outside we encounter other barriers, we find new discrimination and I think it is even worse.

“We have to face people who judged us when we went to jail,” she says.

“We continue to be criminalised and have criminal records which means we can’t get a proper job.

“Leaving prison is like having a shadow that will follow us for the rest of our lives.” 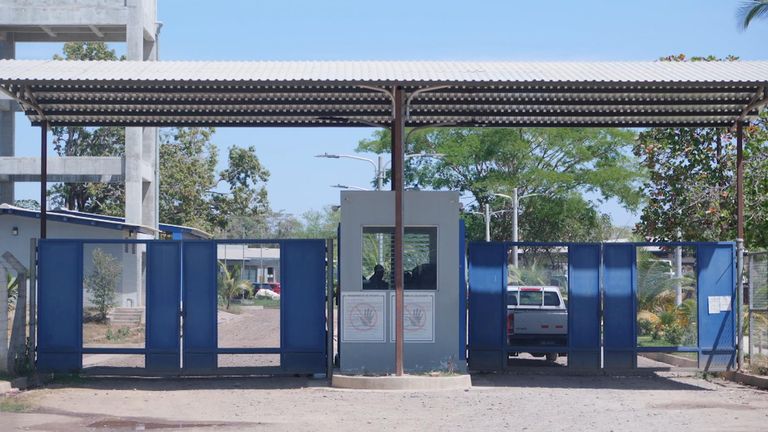 The legal threat to women who miscarry stems from El Salvador’s total ban on abortion.

In a country where women are treated worse than second-class citizens, women whose pregnancy ends without a live birth face being imprisoned, according to NGOs.

They claim it is often based on suspicion, faulty evidence, and unlawful trials.

Amnesty International says El Salvador is out of step with other countries in the region.

It is one of just three countries in Latin America and the Caribbean that still bans abortion in all cases. Many that previously altogether banned the practice, which campaigners say saves lives, have since relaxed their laws to allow women to be saved if they could die without treatment.

In its report On The Brink Of Death, Amnesty said about the prosecution of women who have suffered miscarriages: “Such wrongful prosecutions and misapplication of the criminal law is rooted in the harmful and discriminatory stereotype that women’s value stems from their role as mothers and child bearers.”

It said that under a United Nations convention “states have an obligation to ensure that health care services are delivered in a way that ‘respects her dignity, guarantees her confidentiality and is sensitive to her needs and perspectives’.”

Amnesty and a human rights group called Agrupacion Ciudadana identified more than 150 women charged as a result of having abortions or miscarriages in El Salvador between 2000 and early 2014 – with dozens ending up with a murder sentence.

The authorities say many of the women who are jailed have committed other crimes and accuse pro-abortion campaigners of creating “headlines”. But they also recognise a different approach should be adopted. 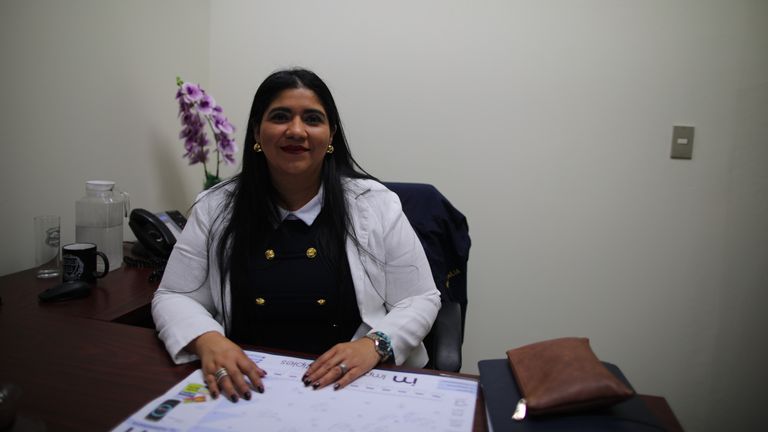 Graciela Sagastume, from El Salvador’s District Attorney’s office, told Sky News: “This situation is making headlines in the international media and is totally linked to the social movement that is fighting for the decriminalisation of abortion.

“In our country, abortion is legally a crime. Many countries don’t have that. We are one of the few countries that do, but from a perspective of investigation, women are not being prosecuted specifically for abortion, but for other judicial matters or different offences.

“However, this should also have a specialised investigation. These types of deaths of newborns due to obstetric emergencies, as it has been called in some of the movements, should be investigated differently.

“We are currently taking this step, providing training for prosecutors to address these obstetric emergency cases.

“We have a special policy that says many women that lose their newborns are victims of sexual crimes, or abusive relationships, and they may have been obliged to, many times, have those babies or the baby is born but they abandon them.

“Therefore we need to hold an investigation to address the conditions of those people.”

Many of those who have been through the system say there is a long way to go.

Teodora said: “What happens is that the Salvadoran state recognises they are committing a grave mistake by sending us to prison, but there is also the fear – the fear to take a stand (or decision), because practically the state is very conservative, very religious, the religion influences a lot.”