Late on Tuesday, however, Twitter for the first time tagged some Trump tweets as ‘misinformation’. 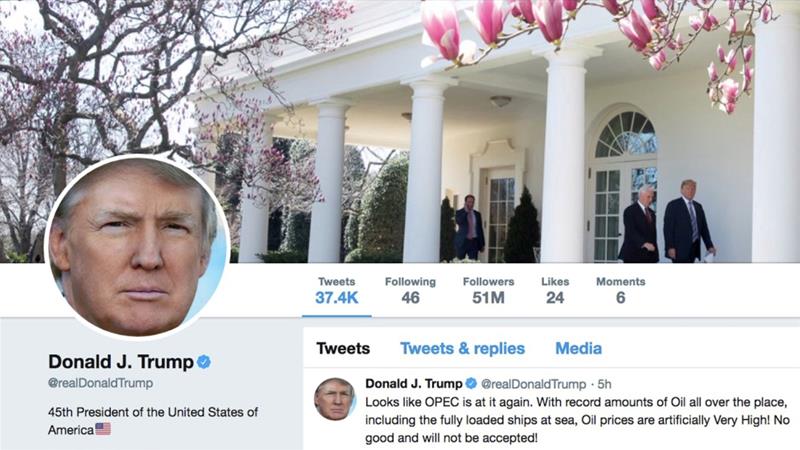 President Donald Trump is again pushing the limits of Twitter’s attempts to deal with national leaders who spread misinformation and engage in personal abuse, this time with a barrage of baseless tweets suggesting that a television host he has feuded with committed murder.

The husband of a woman who died by accident two decades ago in an office of then-Republican congressman Joe Scarborough is demanding that Twitter remove the president’s tweets suggesting Scarborough, now a fierce Trump critic, killed her.

The body of Lori Kaye Klausutis, 28, was found in Scarborough’s Fort Walton Beach, Florida, congressional office on July 20, 2001. Trump has repeatedly tried to implicate Scarborough, a host of MSNBC’s Morning Joe show, in the death even though Scarborough was in Washington, DC, not Florida, at the time.

In general, Twitter has taken a hands-off approach to political leaders, contending that publishing controversial tweets from politicians helps hold them accountable and encourages discussion. Last year, it said it would consider slapping warning labels on some tweets by world leaders, noting that such individuals rules “aren’t entirely” above the rules.

Nearly a year after announcing it, Twitter has yet to use such labels.

There is no mystery to the death of Lori Klausutis. Medical officials ruled that the aide, who had a heart condition and told friends hours earlier that she was not feeling well, had fainted and hit her head. Foul play was not suspected.