A jury in Italy has sentenced two Americans to life in prison for the killing of a police officer.

The jury of two judges and six civilians deliberated for more than 12 hours before convicting Finnegan Lee Elder, 21, and Gabriel Natale Hjorth, 20.

There was a gasp in the Rome courtroom as the presiding judge read the verdict: guilty on charges of homicide, attempted extortion, assault, resisting a public official and carrying an attack-style knife without just cause. 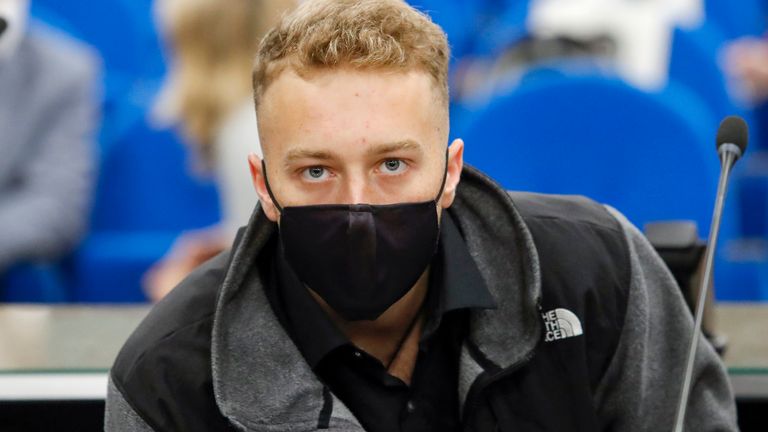 Elder stabbed Vice Brigadier Mario Cerciello Rega 11 times on 26 July, 2019, with a knife he had brought with him from California.

Natale-Hjorth helped him hide the weapon in their hotel room and, under Italian law, an accomplice in a murder can also be charged with murder even if they did not actually kill the victim. 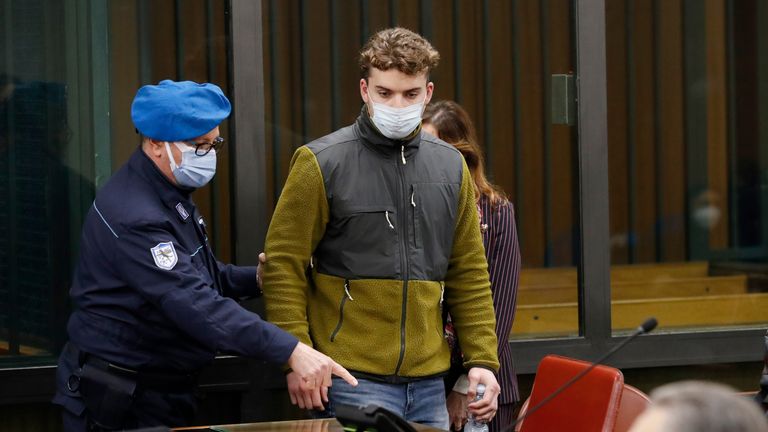 The death of 35-year-old Carabinieri paramilitary police officer Mr Cerciello Rega shocked Italy and he was mourned as a national hero.

His widow Rosa Maria Esilio had held a photo of him throughout the trial and cried when she heard the verdict, saying afterwards: “His integrity was defended. Elder’s parents appeared stunned and, as he was being walked out of the court, his father called out: “Finnegan, I love you.”

His lawyer Renato Borzone said the verdict was a “disgrace for Italy”, having earlier told the court that his client had psychiatric problems, including a constant fear of being attacked.

Something had “short-circuited” when Elder was confronted by the officer, he added.

Natale-Hjorth’s lawyer, Fabio Alonzi, said he was speechless by the verdict.

Mr Cerciello Rega was a newlywed when he was sent with colleague Andrea Varriale to investigate a reported extortion attempt. 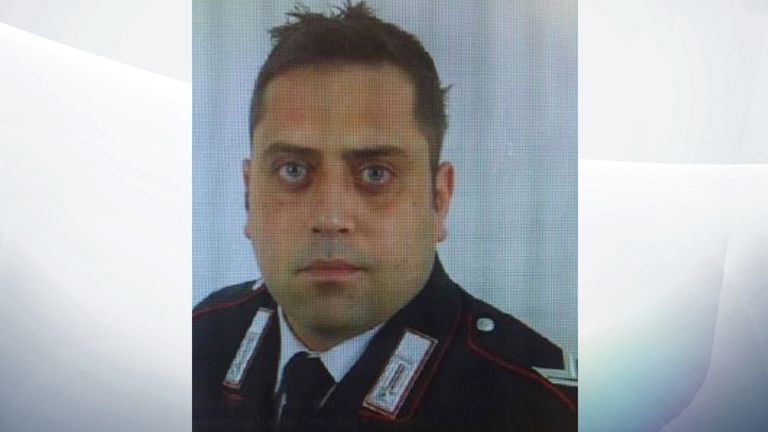 Prosecutors in Rome said Elder and Natale-Hjorth had concocted a plan involving a stolen bag and mobile phone with the aim of exchanging them for money they had lost in a failed bid to buy a small amount of cocaine.

The two young men told the court they thought the officers, both in plainclothes and without service pistols, were thugs or mobsters set on assaulting them on a dark and deserted street.

They said the officers had not showed police badges, although this was disputed by Mr Varriale during the trial.

Mr Varriale suffered a back injury while fighting with Natale-Hjorth, and Elder thrust an 18cm knife into Mr Cerciello Rega, who had bled profusely before dying later in hospital.

Both defendants said they had acted in self defence, with Elder saying Mr Cerciello Rega had been on top of him on the ground and he feared being strangled.

After the stabbing, the offenders had run to their hotel room where Natale-Hjorth said Elder had cleaned the knife and asked him to hide it.

Police found the knife hours later behind a ceiling panel in the room.

Panic across the Channel: Macron in race against time to stop terrifying bird flu outbreak