Despite a curfew in Louisville, Kentucky, hundreds of demonstrators took to the streets on Wednesday night after only one officer was charged over the death of Breonna Taylor. Riot police used tear gas to disperse the crowd, but two officers were shot in response.

Larynzo Johnson has been charged with assault of a police officer and wanton endangerment.

It is the same charge brought against the only officer to be indicted over Miss Taylor’s death.

Brett Hankison was charged on Wednesday with three counts of wanton endangerment – but this was related to stray shots fired into the apartments of her neighbours.

Officers Jonathan Mattingly and Myles Cosgrove were not charged after her death, and no homicide or ­manslaughter charges were brought forward. 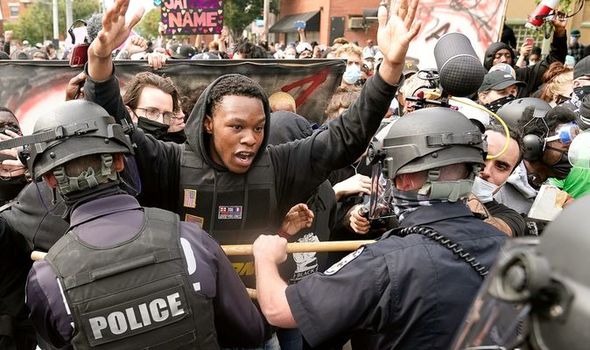 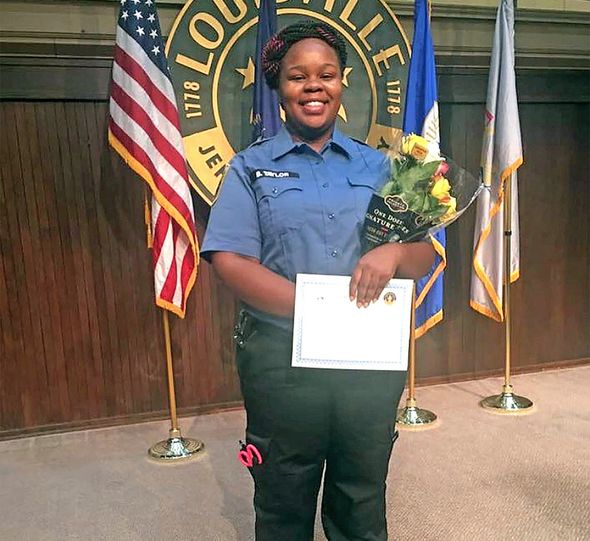 The decision came almost 200 days since the 26-year-old hospital emergency room technician was shot eight times during a botched police investigation that targeted a drug dealer who lived 10 miles away.

A total of 127 protesters were arrested in Lousiville with dozens more taken into custody amid ­demonstrations across the US, including in Portland, Seattle and Washington DC.

Donald Trump took to Twitter soon after and said he was praying for the officers injured who yesterday were in a stable condition in hospital.

He tweeted: “The Federal Government stands behind you and is ready to help. Spoke to [Governor Andy Beshear] and we are prepared to work together, immediately upon request.”