WASHINGTON (Reuters) – The U.S. House of Representatives passed legislation on Wednesday to limit President Donald Trump’s ability to wage war against Iran, amid continuing concern about broader conflict after a January strike killed an Iranian commander, 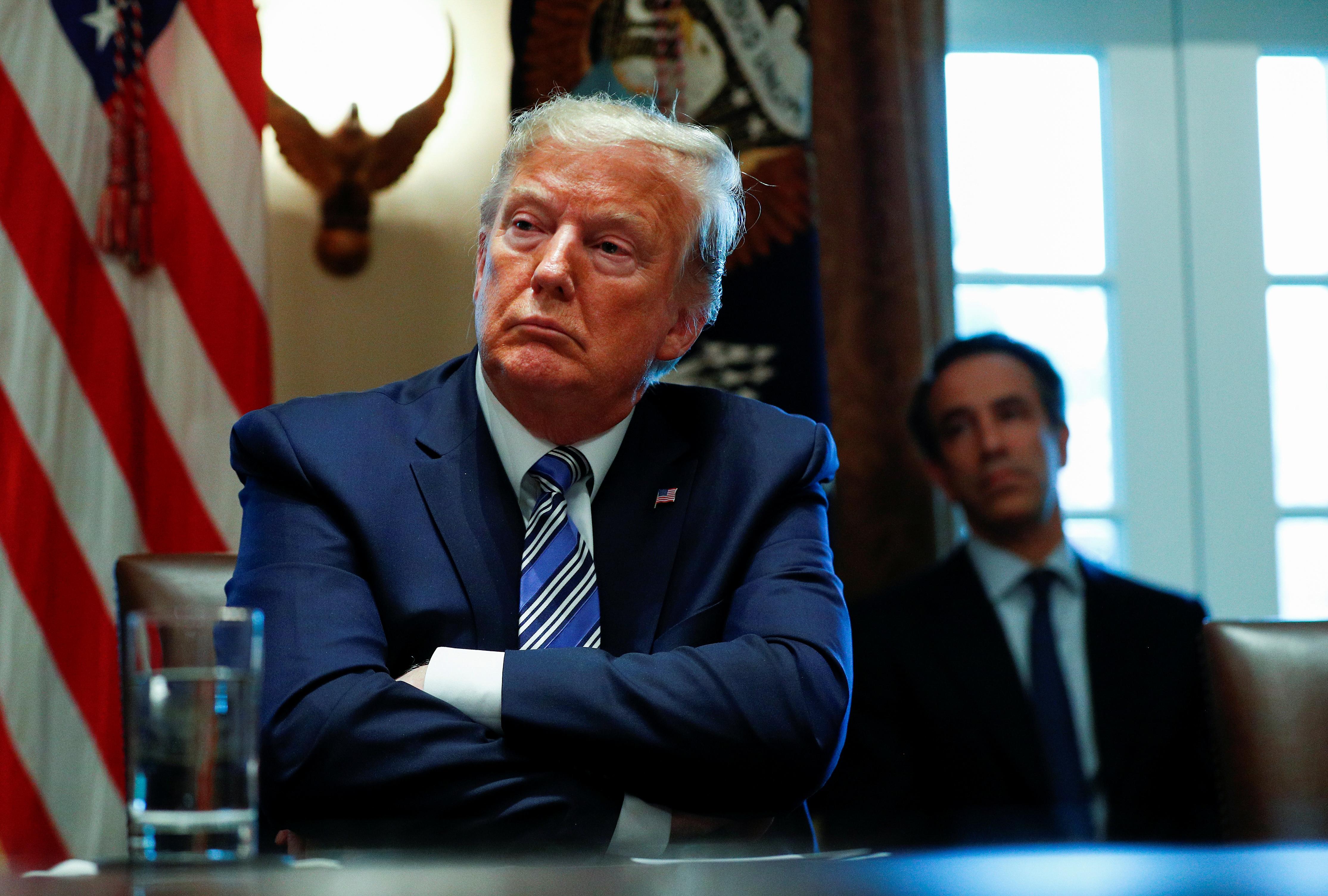 The House voted 227 to 186 in favor of the war powers resolution, the latest effort by Congress to wrest back from the president its constitutionally guaranteed authority to declare war. Almost every Democrat voted in favor of the resolution. Just six of Trump’s fellow Republicans supported it.

The measure – authored by Democratic U.S. Senator Tim Kaine – would require Trump to remove U.S. troops engaged in hostilities against Iran unless Congress declares war or passes a specific authorization for the use of military force.

“It’s our responsibility to do something because we know the tensions could flare up again at a moments notice,” said Representative Eliot Engel, chairman of the House Foreign Affairs Committee, urging a “yes” vote.

Trump has been engaged in a maximum pressure campaign of renewed sanctions and near-constant rhetorical conflict against Iran, after pulling the United States out of the international nuclear deal reached during the administration of Democratic President Barack Obama.

The Senate passed the war poweres resolution last month, so approval sends it to the White House, where Trump has promised a veto.

Although eight of Trump’s fellow Republicans in the Senate – who rarely break from the president’s policies – joined Democrats to support the resolution in that chamber, the resolution was not expected to muster the two-thirds majorities in both chambers to override a veto.

Representative Mike McCaul, the foreign affairs committee’s top Republican, argued that voting on the resolution was irresponsible, and Congress would be better off addressing the coronavirus pandemic.

He said the measure ignored the “remarkable restraint” Trump had shown in dealings with Iran.

“This will be the fifth time that this Congress … we are considering a war powers resolution directing the president to withdraw U.S. forces from wars we are not actually fighting,” McCaul said.

The bill’s supporters noted that they were gaining more support for efforts to take back Congress’ authority to declare war. The Constitution gives that power to Congress, not the president, but presidents from both parties in recent decades have expanded the White House’s authority to pursue military action without legislators’ input.

“Our founding fathers did not want dictators running America,” said Representative Steny Hoyer, the No. 2 Democrat in the House.

Many members of Congress, including some Republicans, have pushed the administration for more information about the killing in January of top Iranian military commander Qassem Soleimani at Baghdad’s airport. [L1N29C1XS]

Trump did not inform Congress about the drone strike until after it took place and then, according to many lawmakers, his administration held back too much information about the reason for the strike and its legal justification.

Fears of wider conflict also could be fueled by the killing of two American and two British personnel on Wednesday when small rockets hit Iraq’s Taji military camp north of Baghdad.

U.S. officials said it was too early to assign blame, but any indication that Iran-backed militias were responsible could ignite a new round of military escalation.

Zelensky vows to return freedom to Ukraine in Christmas message

Best Spy Shots For The Week Of April 18