WASHINGTON (Reuters) – The United States on Friday imposed sanctions on Hong Kong Chief Executive Carrie Lam, the territory’s current and former police chiefs and eight other officials for their role in curtailing political freedoms in the territory. 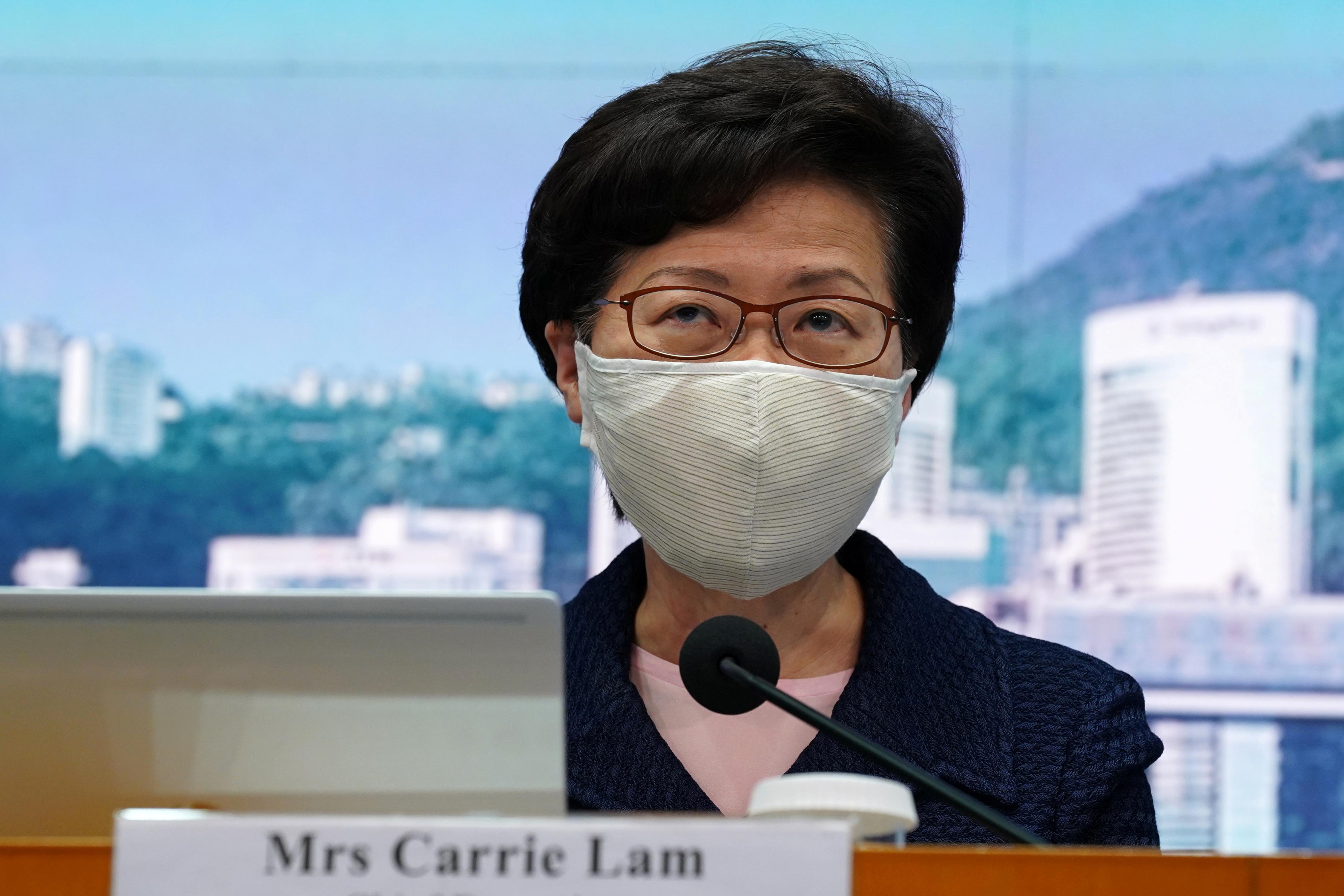 The sanctions were imposed under an executive order U.S. President Donald Trump signed last month to punish China for its moves against dissent in Hong Kong and are the latest action by his administration against Beijing in the run-up to his November re-election bid.

It said Beijing’s imposition of draconian national security legislation had undermined Hong Kong’s autonomy and allowed mainland security services to operate with impunity, “setting the groundwork for censorship of any individuals or outlets that are deemed unfriendly to China.””Carrie Lam is the chief executive directly responsible for implementing Beijing’s policies of suppression of freedom and democratic processes,” it said.

“The United States stands with the people of Hong Kong and we will use our tools and authorities to target those undermining their autonomy,” Secretary of the Treasury Steven Mnuchin said in the statement.

The sanctions freeze any U.S. asset of the officials and generally bar Americans from doing business with them.

Tensions between the United States and China have been increasing daily. China’s foreign ministry said on Friday it firmly opposes executive orders that Trump announced this week to ban U.S. transactions with the Chinese owners of the WeChat and TikTok apps.

Last month, Carrie Lam postponed a Sept. 6 election to Hong Kong’s legislature by a year because of a rise in coronavirus cases, dealing a blow to the pro-democracy opposition that had hoped to make huge gains.

The United States condemned the action, saying it was the latest example of Beijing undermining democracy in the Chinese-ruled territory.

A source familiar with the matter said U.S. deliberations on the sanctions intensified after the election postponement.