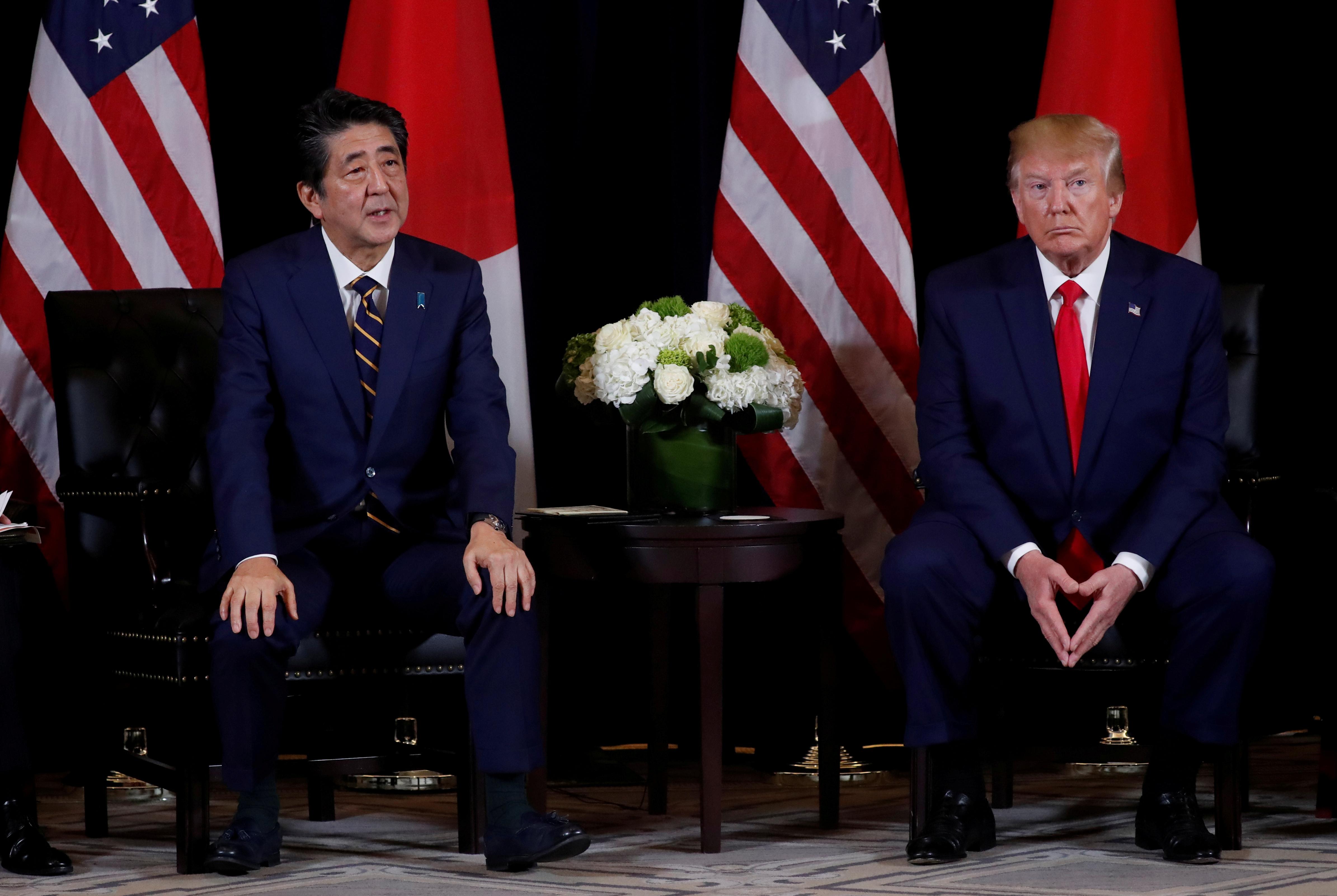 TOKYO (Reuters) – The United States has told Japan that it wants to organize an in-person Group of Seven leaders’ summit in late August, two Japanese government sources with direct knowledge of the matter told Reuters on Wednesday.

Japan told the United States in response that Japanese Prime Minister Shinzo Abe would be willing to attend the summit if it were to be held in late August, the sources said.

U.S. President Donald Trump decided in May to postpone the summit to September or later expand the list of invitees to include Australia, Russia, South Korea and India.

Trump had earlier sought to host the group of major industrialised countries in Washington in June as a demonstration that the United States was returning to normal after the coronavirus pandemic, which has killed more than 127,000 people in the United States to date.

Although it is not clear why the event would be held earlier than September, opinion polls show clear signs of erosion of Trump’s electoral support since the coronavirus outbreak.

“It’s possible he is seeking a breakthrough from an achievement in foreign relations,” one of the Japanese government sources said.

Army readies 20,000 soldiers to take to streets ‘to protect Britain’ in lockdown

Hurricane season could kill as many as 5.1billion chickens in the US this year