Fears have grown in recent weeks and months about the possibility of President Xi Jinping contemplating a forceful annexation of the island state. Beijing has stepped up its rhetoric against Taipei, warning that any attempt to declare independence would result in military action. Wu Qian, a Chinese defence ministry spokesperson, said recently: “We warn those ‘Taiwan independence’ elements — those who play with fire will burn themselves, and Taiwan independence means war.”

Furthermore, Commander Philip Davidson, head of the US Navy in the Indo-Pacific, warned just last week that China could be planning an invasion of Taiwan within five years.

Joe Biden has sought to counter these threats by bolstering US naval presence in the East China Sea and reaffirming US support for the Taipei government.

The new US President declared that America’s commitment to Taiwan was “rock solid” and to prove the point sent the guided-missile destroyer, the USS John S McCain, through the Taiwan Strait.

As part of the Western response to China’s emerging threat in the Into-Pacific, Boris Johnson is sending the new £6 billion aircraft carrier HMS Queen Elizabeth to the region in two months’ time. 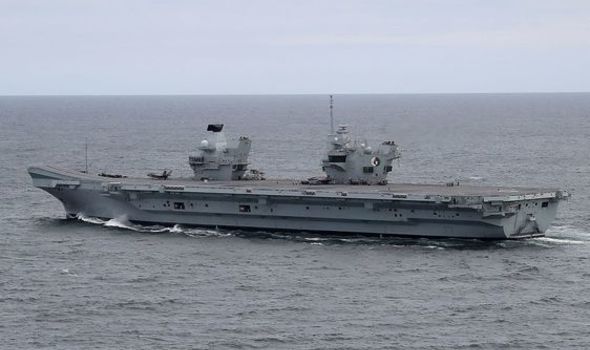 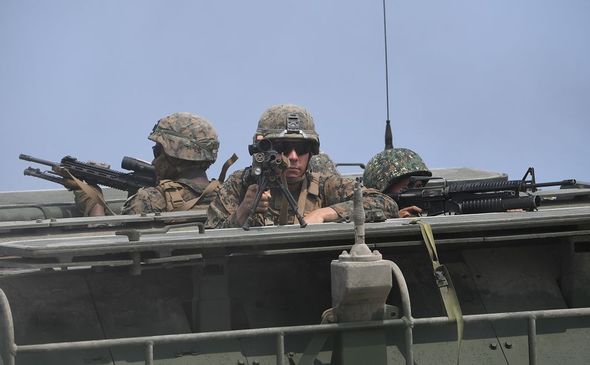 The Royal Navy ship will head up an allied task force, with an ultimate mission yet to be clarified.

However, the British expedition is expected to carry out joint exercises with the the US and Japanese navies and could end up sailing through the Strait of Taiwan.

Francis Pike, a historian, argued in an Op-ed for the Spectator magazine that war with Taiwan is a real possibility.

Yet despite the fact that the risks are high, Britain doesn’t appear to gain any strategic benefit from entangling itself in the region’s troubles. 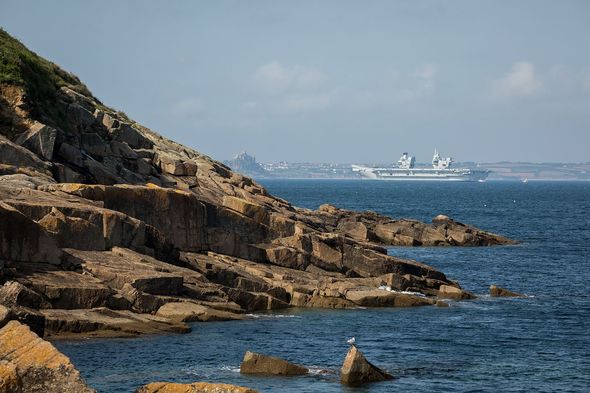 The author of ‘Hirohito’s War, The Pacific War 1941-1945’ wrote: “War over Taiwan, therefore, is a very realistic prospect.

“And if Britain is set to deploy an expeditionary force — with a Royal Navy aircraft carrier presence in Asia becoming semi-permanent — this carries the extra-ordinary risk of the UK being embroiled in the next war.

“The big question is why.”

He continued: “Part of the answer might be that Britain has the kit, so needs to think of a way of using it. 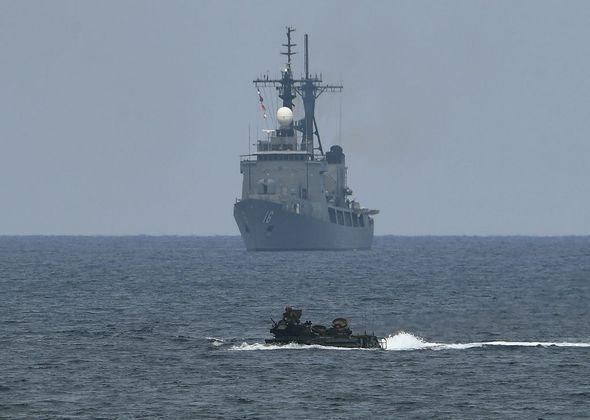 “Some might question why, after Britain has snapped into line to support the US, American government officials have let it be known that UK-US trade negotiations are going to be kicked into the long grass.

“It also has to be asked: what naval assets are going to be left to defend British and European interests against Russia in the Baltic and the Arctic Ocean?

“It makes sense for America, India and Japan to be engaged in exercises around China’s turf: they are all nations with significant Asian interests.

Coronavirus horror: US on alert as animals infected by deadly virus at two different farms

Russia-Ukraine war: Its not the end for children who survived horror of Bucha

Women refused drinks in Wetherspoons because of managers gut feeling