Saturday will be dry and bright for much of the country with some sunny spells.

There will be some showers across eastern England but they are unlikely to be as heavy as on Friday.

Temperatures will be chilly and are unlikely to rise above 14 degrees Celsius.

Met Office meteorologist Alex Deakin said: “It will be a cold start for the time of year, some pockets of frost are possible in rural parts of western Scotland and Northern Ireland. 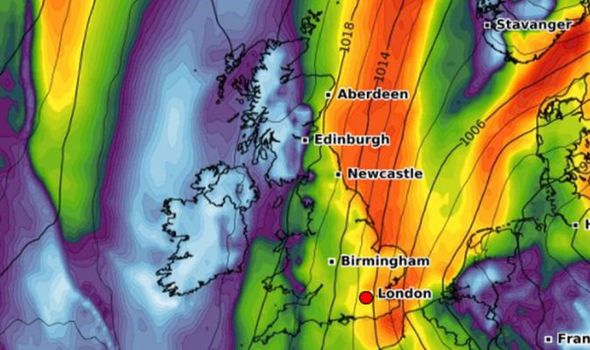 “Generally a sunny start, there will still be some showers across eastern England, they will encroach back in land during the day.

“We’ll start with a fair bit of cloud across Cornwall and the Isles of Scilly, maybe the odd spot of rain, but that should head away. One or two showers are possible elsewhere but the main focus for showers across eastern England.

“The wet weather won’t be as persistent as Friday and the winds perhaps not quite as strong but still in this zone not a very pleasant Saturday with a lot of cloud, showers and a cold wind. The showers might just move down towards south-east England by the end of the afternoon.

“For the majority though across central and western parts it’s dry and it’s bright. 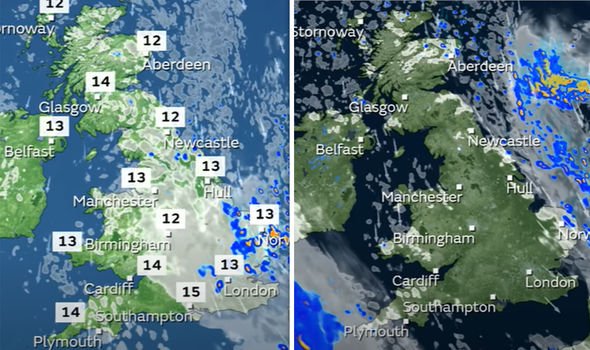 “There will still be a breeze that wind not as strong as Friday perhaps but still bringing a chilly feel with temperatures struggling to get much above 13 or 14 degrees. Feeling a lot colder in the east without the sunshine.”

Heading into Sunday evening some showers will move into south-east England but otherwise it will largely remain dry.

Eastern parts of Britain will continue to experience a lot of cloud and chilling winds.

Freezing temperatures are expected for parts of Wales, Northern Ireland and Scotland. 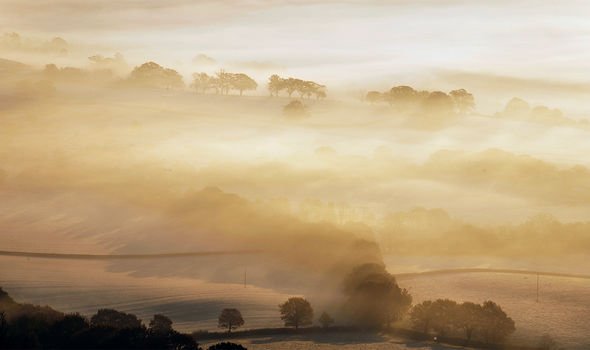 Some parts of western Scotland could see temperatures fall as low as -4 degrees Celsius.

There are currently no Met Office weather warnings in place for the UK.

However seven flood alerts are in place for some coastal parts of East Anglia and the north-east.

What pandemic? Colombians shop during VAT-free day amid coronavirus quarantine

Four Burkina Faso ministers have coronavirus as cases rise to 64