High pressure is predicted to send temperatures soaring next month following a drizzly end to June. The latest weather maps from Netweather show shades of red heat covering the whole country on Wednesday, July 7. The maps also show temperatures hitting 27C in Kent, in the south east on the same day.

Elsewhere, London could see highs of 26C, while areas in the south coast, including Southampton, Portsmouth and Brighton, bask in 25C.

Further north, Leeds and Manchester could also see 27C and Durham and Glasgow in Scotland bake at 24C.

The maps also show the heat lingering in the south east until Sunday, July 11, with London basking in 21C, while Bristol, Kent, Essex and Surry see 20C.

Brian Gaze, a forecaster at Weather Outlook, said “warm spells” may briefly be interpreted by rain. 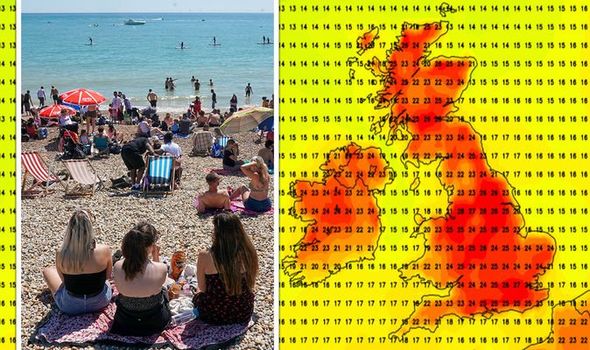 He said: “During the first half of July, mixed weather for much of the period, although the emphasis early on may be on drier and warmer conditions.

“Temperatures on the whole are favoured to be close to the seasonal average.

“In the second half, increasingly unsettled with the likelihood of heavy showery outbreaks of rain.

“However, some drier and warmer spells are still likely.” 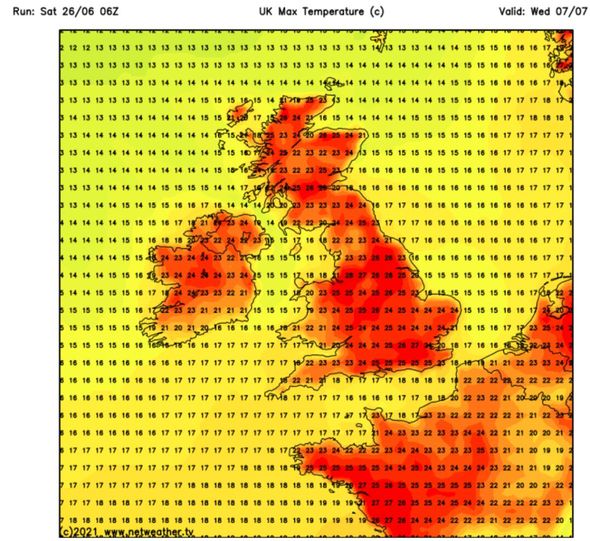 The forecast said: “High pressure will probably not be far away to the southwest, and this could occasionally extend a ridge north-eastwards towards the UK.

“This will account for some drier periods, especially in the south and southeast.

“There is moderate confidence in the general outlook, with chances of that high pressure building more strongly near the British Isles. 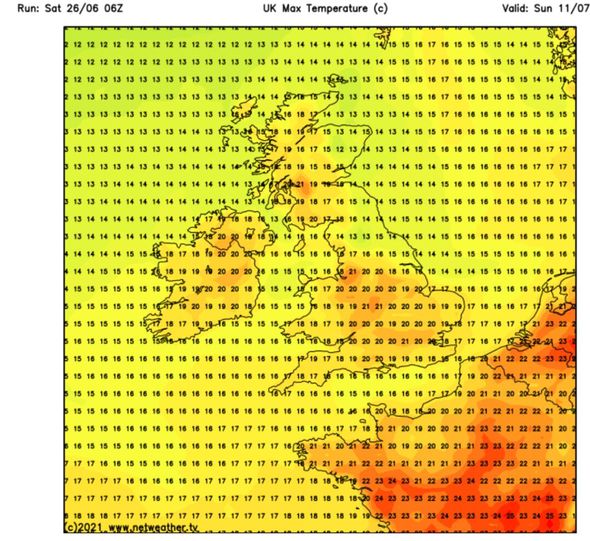 “This will bring drier, warmer and calmer conditions for many areas, although the low pressure track could still be near or across Scotland.”

The Met Office added temperatures are expected to be “above normal” between Wednesday, June and Friday, July 9.

It said: “Winds mostly light, and feeling warm or vary warm for most.

“Confidence is then lower, but the country is most likely to see a split between the southwest and northeast, with southern and western parts seeing some showers, and perhaps longer spells of rain, with the best of any dry weather across the north and east. 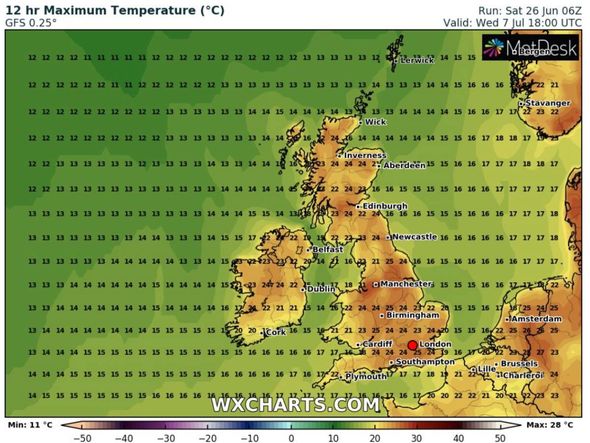 “Temperatures are likely to trend above normal, notably across some parts of the northeast.

“Winds remaining light to moderate for most, though possibly strong in the west at times.”

The Met Office forecast between Saturday, July 10, and Saturday, July 24, said: “Despite confidence remaining low through this period, the emphasis is on fine and dry weather for the majority of the UK through much of the rest of July.

“Some northwestern areas may perhaps experience slightly more rain and more cloud than elsewhere, but throughout there is a very low risk of thundery conditions, especially in southern areas, and more likely later in the period. 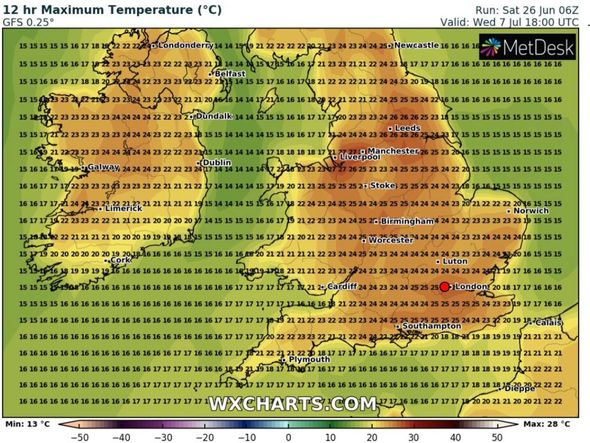 “Above average temperatures continue to maintain the strongest signal, which increases the possibility of some very warm or hot spells occurring.”

The forecast said: “It looks probable that the overall weather pattern won’t change much during this period, but there is a significant chance of high pressure moving across much of the country at some point during the week, meaning that it will probably be warmer and sunnier overall for the majority of the country.

“The high pressure is expected to be quite dominant during this period, potentially with the high pressure centred further east bringing warm/hot sunny weather especially to the south and east of Britain, though confidence in this is relatively low at this range.”

Trump: 'Have to save the airlines!'