Weather forecasters expect another freezing polar blitz to sweep across the UK next week, causing wintry conditions for parts of the country. Thermometers look set to dip significantly from the end of this week, with heavy snowfall, up to 2.5ft, forecast in some parts of the UK. Temperatures look set to plunge from Saturday January 23, according to charts by Netweather.

The map, valid for 12pm on Saturday, shows much of the UK turn a deep blue as the mercury drops below freezing.

Temperatures in Scotland and the north of England can expect to fall to as low as -10C, while further south the mercury will struggle to rise above 0C.

The freezing temperatures look set to stay throughout the weekend and into the final week of January.

Weather charts show the mercury will fall even further from Monday, January 25, with -11C forecast in northern Scotland. 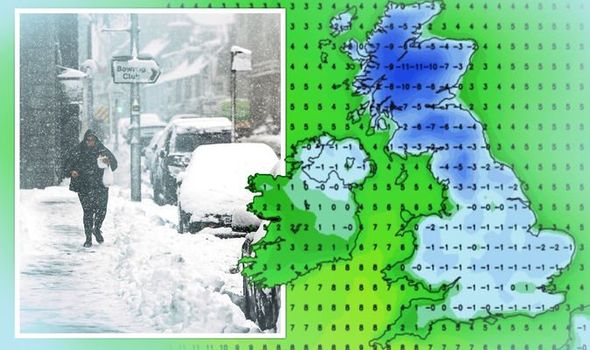 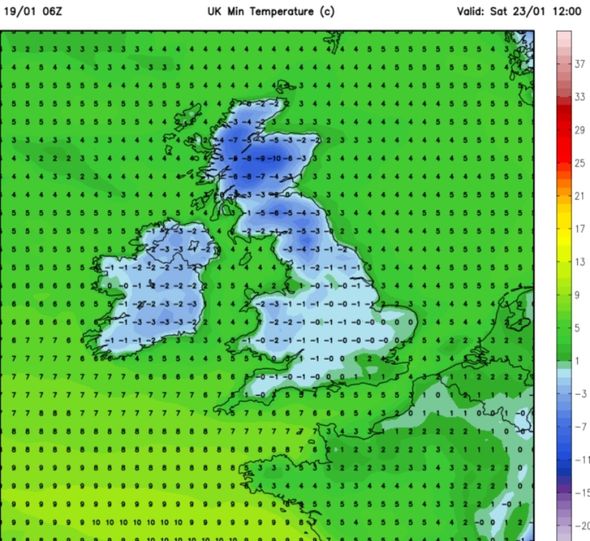 The south of the UK can also expect to be hit by a cold chill, with temperatures dipping to -2C.

The cold snap will coincide with yet more snow, with as much as 2.5ft forecast on Saturday January 23.

Weather maps from WXCharts show large parts of Scotland turn blue and purple at 9am on Saturday, indicating an increased snow depth.

The chart shows as much as 77cm (2.5ft) will accumulate in central parts. 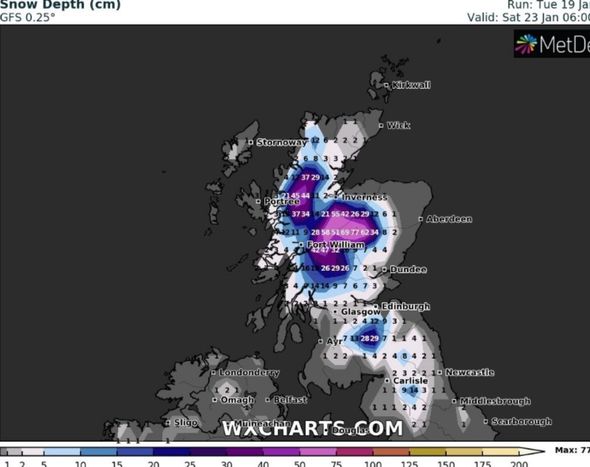 A snow risk map by Netweather shows there is also a high chance of snowfall on Saturday evening across the west of the UK.

By Sunday morning, the risk of snow moves further east, covering much of the West Midlands and east of England.

On Tuesday a cold weather front is seen approaching from the west of the UK, prompting a high snow risk to cover Scotland, northern England and the east by 6pm. 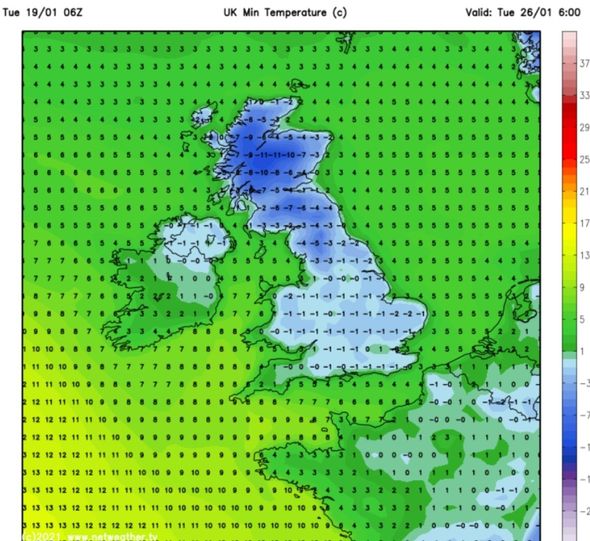 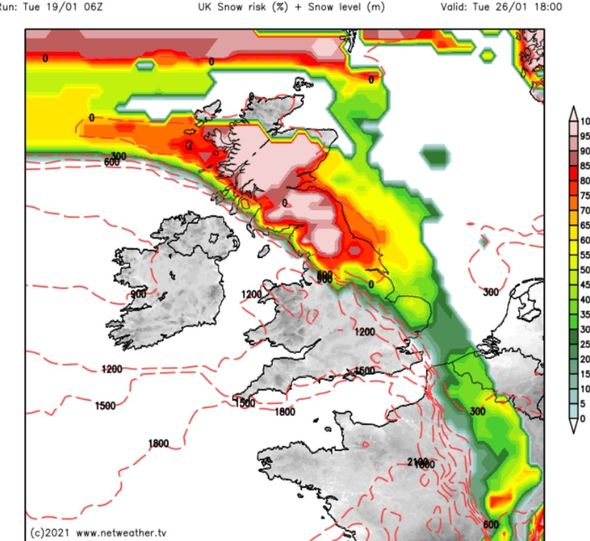 A second chart by WXCharts shows parts of Wales can expect about an inch of snow, while parts of northern England are forecast up to 8.6inches (22cm).

As Wednesday moves in, the snow risk remains confined to the Scottish highlands.

BBC Weather forecasters said a cold snap is expected to move in from Monday January 25, lasting through untill the end of the month.

They said: “There will be a few days of some sharp cold and dry weather as a brisk northerly wind develops. 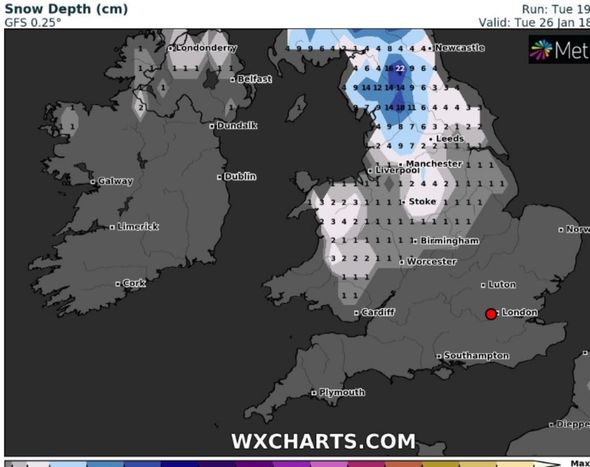 “As the next fronts move in over the colder air, there will be risks of some wintry weather for some areas, mainly the north but also the east too. Snow or freezing rain is possible, even to low levels at times.”

The Met Office added: “At the start of this period it will remain unsettled with north-westerly winds likely, bringing frequent showers and outbreaks of rain, particularly to the north and west.

“Likely falling as snow over high ground and at times to lower levels.”

On a Saturday Night in Florida, a Presidential Party Became a Coronavirus Hot Zone