Hot temperatures in England have created the perfect conditions for the severe stormy weather which is set to cause travel chaos this weekend. Thunderstorms are sweeping across parts of the UK bringing major travel disruptions due to torrential rain.

The Met Office’s Chief Meteorologist, Frank Saunders, said: “Up until Monday Thunderstorm warnings cover much of England and Wales, with parts of southern England and South Wales seeing the greatest likelihood of impacts.

“The storms will not affect all areas, but where they happen there will be frequent lightning, gusty winds and intense, heavy downpours with 30 to 40mm of rain possible in less than an hour.

“And, in a few unlucky spots, a small chance of 60 mm falling in a short period.

“With the continuing hot weather, large swathes of the UK continue to be at risk from thunderstorms, and potentially the impacts from heavy rain, into the early part of next week.” 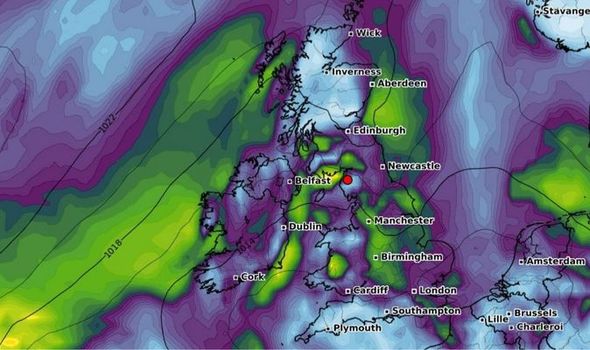 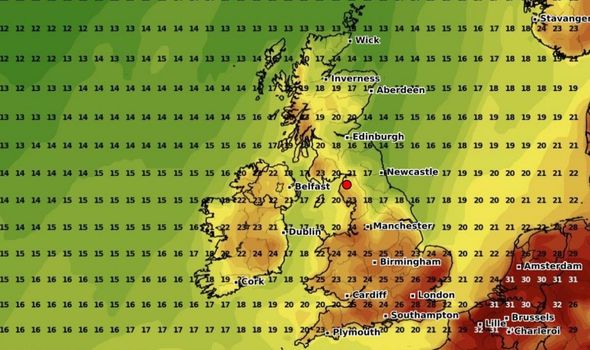 Yellow thunderstorm warnings are in place for most of England and Wales for the next five days.

Homes and businesses could be flooded quickly and damaged by floodwater, lightning strikes and large hail.

In the village of Barton Stacey in Hampshire, a wooden pavilion caught fire following a suspected lighting strike on Thursday.

Part of the M25 motorway in Surrey has be closed due to severe flash flooding. 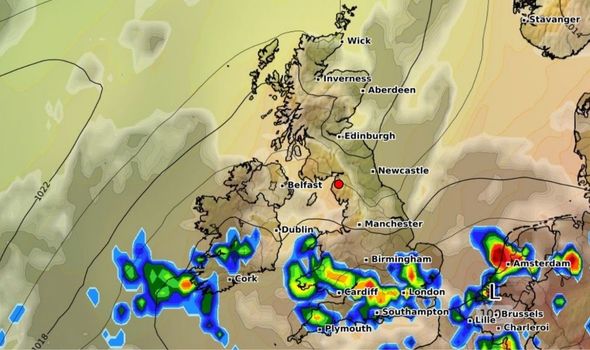 Neil Davies, Flood Duty Manager at the Environment Agency, said: “Isolated thunderstorms could bring sudden surface-water and river flooding, which may lead to flooded properties and severe travel disruption in some areas.

“Further surface water and river flooding is also a possibility until Sunday.

“Environment Agency teams are working hard alongside local authorities to reduce the risk of flooding and keep communities safe, clearing grills and weed screens in areas which may be affected by heavy showers, and are ready to respond and support where needed.

“We urge people to check their flood risk, sign up for free flood warnings and keep up to date with the latest situation.” 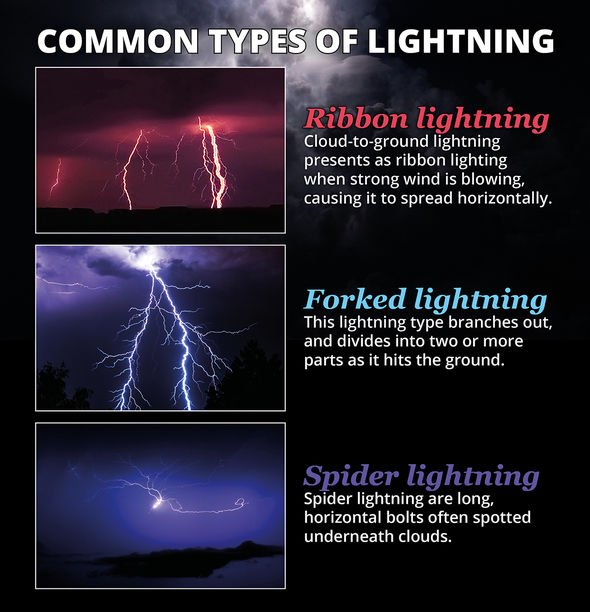 Cloud will bring a slow end to the fiercely hot weather in some parts of the UK.

But in the south and west the sun will continue to bring warm temperatures and humid heat.

Mr Saunders added: “The hot weather is slowly subsiding now, with more cloud, but it will still be very warm and humid where the sun comes out in the south and west of the UK.

“In contrast to the last few days, maximum daytime temperatures will be reducing, with only isolated locations seeing temperatures of 30.0 °C or above.

“And some northern and eastern areas much less warm at times, with a lot of low cloud and hill fog.” 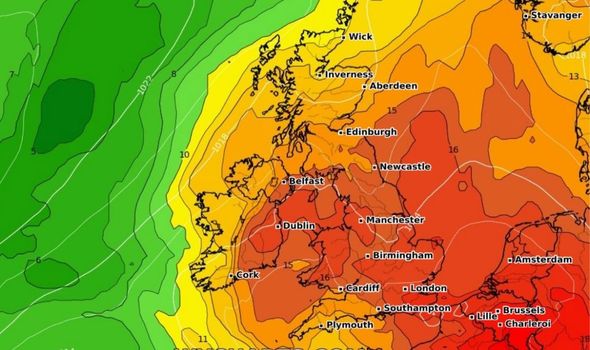 This month the UK has experienced five tropical nights and six continuous days of heatwave weather.

Hot temperatures have caused Public Health England to issue heat health alerts for parts of England into next week.

Heatwave alerts were increased to level three for the West Midlands and East Midlands.

Thunderstorms could continue to bring flooding and severe disruptions into next week.

Matthew Box, Met Office meteorologist, said there was a risk of thunderstorms “right through to the start of next week, and maybe even beyond that”.

Hurricane warning: Up to NINE hurricanes predicted for above normal’ hurricane season

While You Were Sleeping: 5 stories you might have missed, Feb 22