The Met Office has issued a yellow weather warning for rain with fears of flooding to homes and businesses. Rain is expected to sweep across much of the UK on Thursday before the weekend brings more pleasant conditions.

Transport disruptions are expected in these areas as the Met Office warns that journey times for bus and train services will probably be affected.

The Met Office also said that spray and flooding on roads may make journey times longer in areas where the yellow warning is in place.

The Met Office said: “As much as 40-60 mm of rain is likely to fall over some hills and mountains in Wales, with 20-30 mm quite widely elsewhere in Wales and also over some other parts of the warning area. 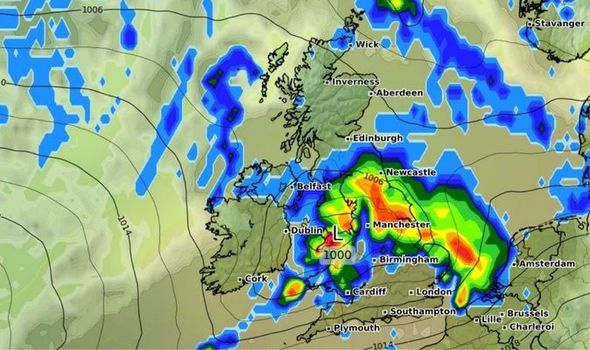 The yellow weather warning is in place until 9am on Thursday morning.

The Environment Agency has three flood warnings in place and 33 flood alerts for areas across the UK.

While Natural Resources Wales has 16 flood alerts in place for areas covering the north south west and south east. 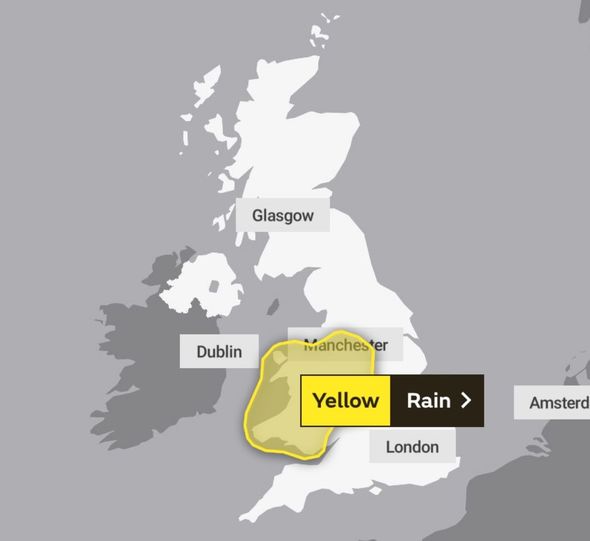 The flood warnings cover areas in Greater London and Oxfordshire where flooding of properties, roads and farmland is possible.

Clare Nasir, Met Office Meteorologist, said: “A touch of air frost first thing across central and northern areas of Scotland as the rain slides down towards the southeast.

“But before that we will see some moderate perhaps even heavier burst just arriving and clearing Wales as well as west country.”

On Thursday, heavy rain could bring risks of thunder, hail and lightning. 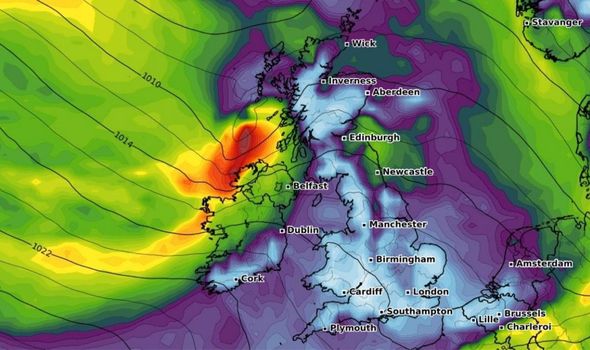 Ms Nasir said: “Brighter skies to follow but another batch of showery rain has moved in through the first part of the day for North Ireland, northern England, western parts of Scotland.

“And then we will see some showers here which could turn heavy with the risk of thunder, hail and lightning.”

Friday will have some more showers as the band of rain moves from north west to south east of the country.

But as the UK heads into the weekend, the heavy rain will start to clear bring some sunny spells.

Ms Nasir added: “Now on Friday this showery burst of rain will slowly move down towards the south east. 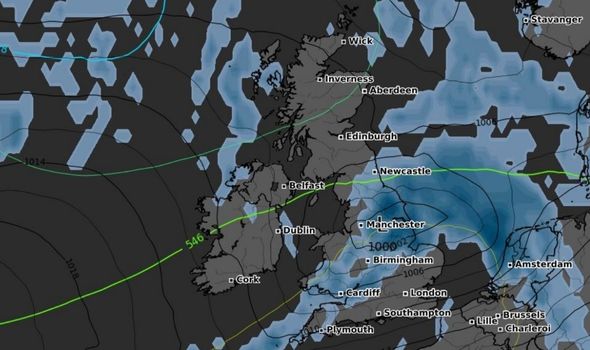 “A rash of showers towards the north with a blustery breeze, in between we will see some brighter skies either side of that rain band.

“Some sunshine as well and temperatures typically 10 to 12, 15 degrees Celsius.”

Although the rain will be staring to clear, temperatures will see a significant drop with frosty nights expected.

Ms Nasir said: “Turning a lot cooler through the weekend as the winds shift round to a northerly.

“And with that always the chance of showers particularly exposed to the north as well as the north west and northeast inland some brighter weather by day, the risk of frost by night.”