No weather warnings have been issued by the Met Office, but the weekend will see some patches of rainfall across the country. The south will see the worst of the weekend weather, with the longest downpours and the heaviest winds due to an Atlantic front pushing eastwards. By Sunday, Wales, Scotland and the northeast of Northern Ireland will have seen some heavy spells as well, with the clouds having cleared up by midday.

Alex Deakin, Met Office meteorologist, said wet and windy weather “pretty much sums up” the weekend ahead, with pressure and fronts from the Atlantic to blame

He added: “As is usually the case when we’re talking wet and windy, it’s low pressure dominating across the UK, plenty of isobars and especially across the south little features just whizzing in through Saturday night and Sunday will intensify the rain and squidging the isobars together, just giving the winds an extra kick across the south on Sunday. (…)

“Those south or southwesterly winds will be feature throughout the weekend, as will outbreaks of rain.

“Now it’s going to rain everywhere all weekend, particularly over eastern England there will be some drier spells and much of south east England having a drier Saturday morning, and northern Scotland dry for most of Saturday, we could even see some sunny spells.” 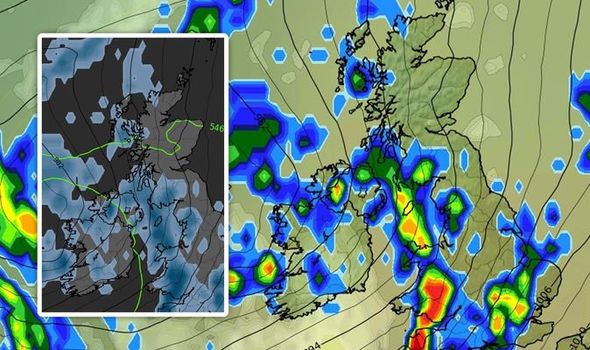 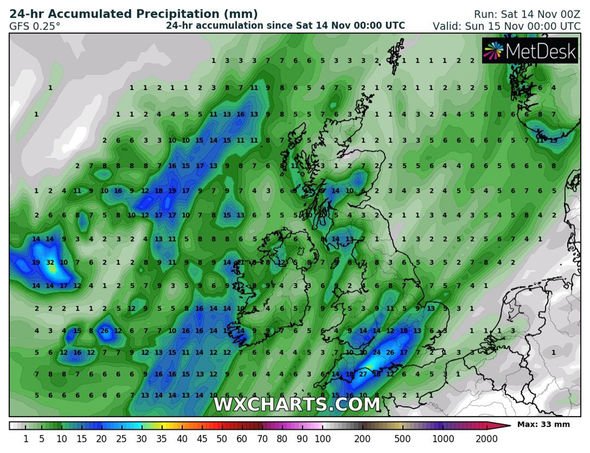 As Saturday morning rolls in the UK will see a clearer, cloudier start after a night of light rainfall.

By 7am, the worst of any rainfall will be felt in London and in parts of the southeast, with up to 8mm an hour pouring in those areas.

Scotland, the northeast and parts of the midlands will have a milder morning with less than 1mm an hour of rain set to last through to the afternoon.

Wind speeds in the UK will also be at their worst in the south, with maximum gusts of 41mph in Cornwall and 35mph along the south coast. 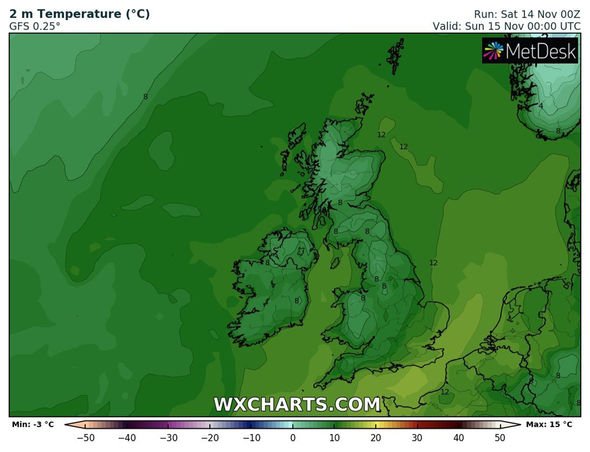 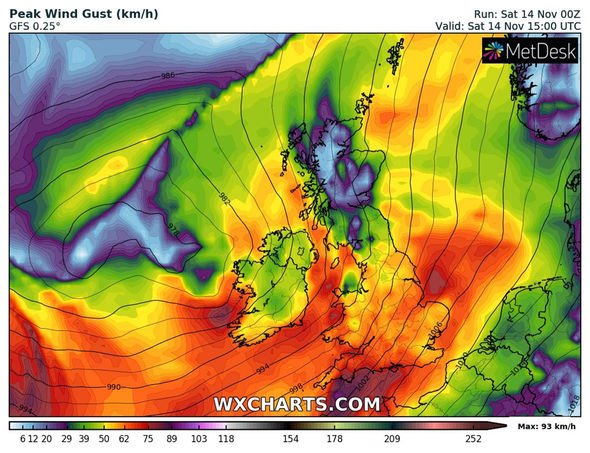 Headed into the afternoon and temperatures will stay milder than average for November, with most parts of the UK staying around 10C (50F).

Sunday night will continue the trend of unsettled weather with the northeast and Scotland seeing up to 4mm of rain an hour by 3am.

And by 6am, another push from the Atlantic will form a heavy rain front stretching from Glasgow to Cornwall.

Sunday morning rainfall will be harder, at around 16mm an hour by 6am, with it pushing eastwards into London and Reading by 9am.

Low pressure from Europe will also bring another surge of heavy rainfall, wrapping in from the south west with 16mm of rain an hour hitting Norwich and Kent by 9am. 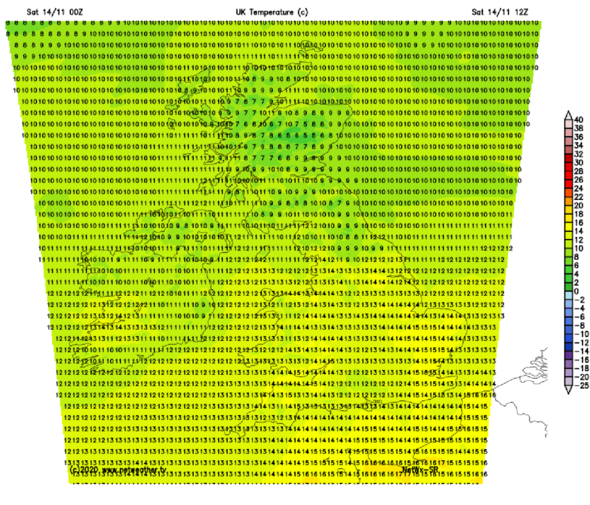 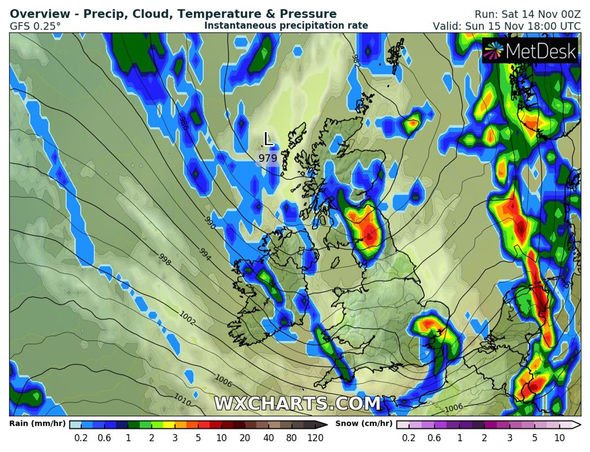 For Glasgow and the northeast coast of Scotland, Sunday morning will also bring heavier rains that will last throughout the day.

Midday should bring some relief for the south, as the Atlantic and European fronts move eastwards leaving the region with a cloudy afternoon.

By 9pm, Scotland’s rain will ease to a more mild shower, as it pushes eastwards and leaves Edinburgh and Aberdeen with a downpour of less than 1mm of rain an hour.

Winds will remain at their most fierce in the south on Sunday, with 47mph gusts expected in Dover by the morning and 30mph gusts felt across the midlands and Wales.