Since Russia invaded Ukraine in February, the UK has become one of the largest suppliers of military aid to Kyiv. The British Government has consistently renewed escalating packages to include weapons, vehicles, medicine and training that reflect the constantly evolving needs of the Ukrainian defence. In a display of gratitude, the Ukrainian Ministry of Defence has posted a video demonstrating the strength of the UK-supplied ‘Wolfhound’ tactical support vehicle.

Video footage from the south of Ukraine captured the Wolfhound on the battlefield being used to tow enemy artillery back from the frontlines.

Ukrainian servicemen follow on foot as the Wolfhound tows a Russian BTR-82A along the road ahead with ease.

The Ukrainian Ministry of Defence wrote a short statement above the clip: “This is how friends, at the expense of the enemy, are strengthening the ‘steel fist’ of the Ukrainian Army.”

The Defence Ministry mocked the capture of another piece of Russian equipment, adding: “Not a day goes by without a trophy.” 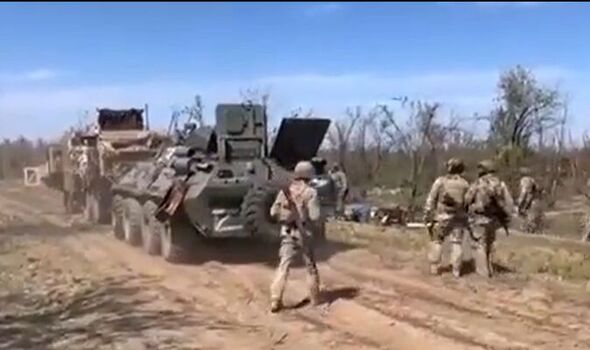 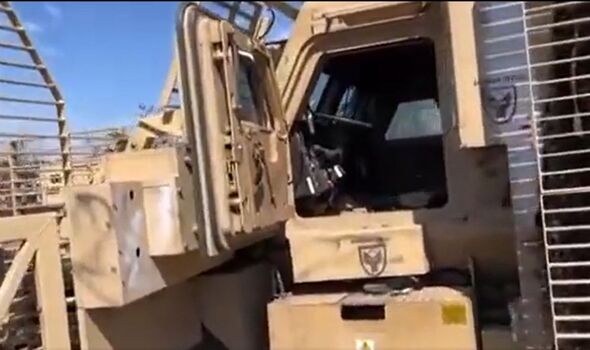 The Russian vehicle is a form of personnel carrier, seized during Ukraine’s steady advance into occupied regions in the south.

Ukrainian authorities claim to have destroyed or captured more than 3,800 similar vehicles, although such reports are difficult to verify given the conflict is ongoing.

The Wolfhound heavily-armoured truck is a variant of the acclaimed Mastiff model used by the British armed services during operations in high-threat areas.

The Wolfhound is fitted to carry ten soldiers plus an additional two crew members up front and is capable of reaching top speeds of 90 kilometres an hour.

The protected patrol vehicles make up just one element of the total £2.3 billion the UK has provided to Ukraine in military aid since President Putin’s invasion. 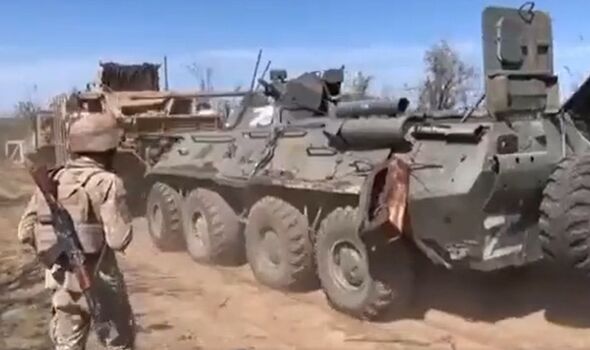 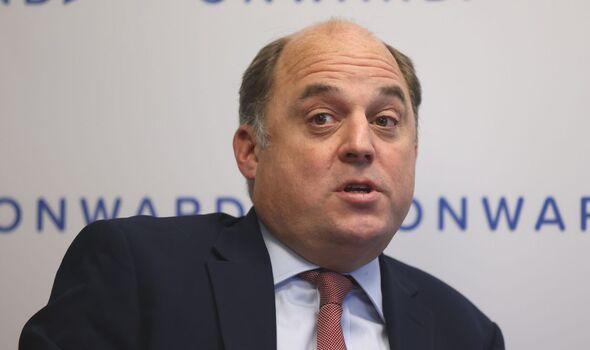 The video footage from the south comes as Ukrainian troops have advanced further in occupied regions of Kherson, pressuring the Kremlin’s forces to retreat.

Ukrainian authorities declared the village of Zolota Balka in Kherson had become the most recent territory to be rid of Russian soldiers.

The advance of Ukrainian forces in the south has been well coordinated with a mirrored advance of troops towards Russian-occupied localities in the east, including within the Donbas region.

The tactic of simultaneous counter-offensive measures in both the east and south has put President Putin’s already strained forces under pressure from Ukrainian troops on two separate fronts. 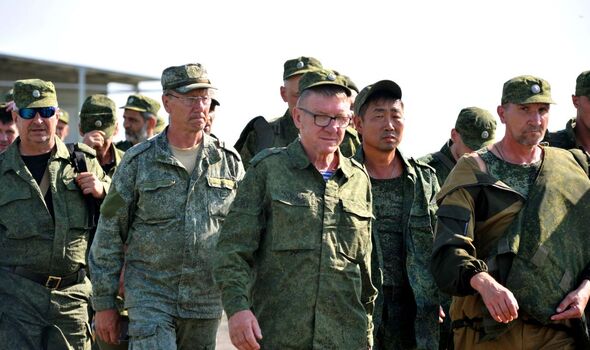 President Putin has declared a plot to mobilise an additional 300,000 reserve troops for deployment on the frontline in a bid to maintain a hold on occupied territories.

However, his partial mobilisation decree has sparked fierce backlash within Russia and led to increased public criticism of Moscow’s military performance in the conflict.

In the days following President Putin’s announcement, Russia was dealt another blow as Ukrainian troops entered Donetsk and began liberating settlements from occupying forces. The Kremlin had previously announced formal plans to annex both the Donetsk and Luhansk areas of the Donbas region.

The UK Ministry of Defence has suggested further patterns of rapid liberation will likely follow as Russia’s military continues to operate in a strategically poor and grossly under-manned fashion.

Read next:
Oleksandr Usyk ‘joins soldiers on the frontlines’ in Ukraine
Putin’s nuclear threat to Ukraine may not be a bluff, advisor says
Hungary threatens to block EU sanctions as Orban silent against Russia
Royal Navy heads to North Sea to protect pipelines after attack
President Zelensky responds to Elon Musk’s Ukraine plan

Coronavirus: High-risk workers with no symptoms to be tested