US: Frank Figliuzzi on 'threat' of domestic terrorism 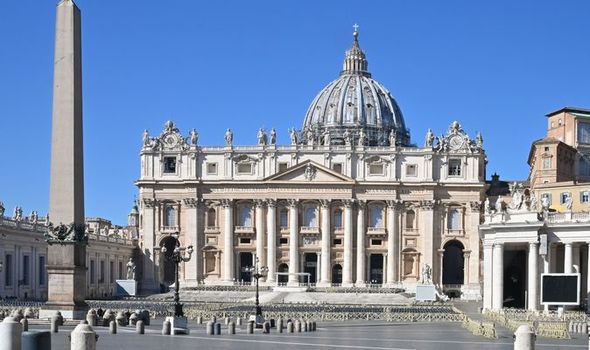 The 46-year-old suspect allegedly shouted “I’ll kill everyone!” at around 5pm in Vatican City, whilst waving a knife.

At one point he reportedly held a knife to a woman sat at a restaurant and screamed “I’ll kill you all!”

According to Italian publication Il Messaggero he continued to taunt the public with knives before heading towards St Peters Basilica.

He also allegedly attempted to spit at passers-by.

At this point he was detained by police, who found another eight knives in his backpack.

According to Italian media reports the suspect is believed to be French.

Police remain on the scene and are trying to determine the suspect’s motive.

As part of this effort he is being subject to a psychologically evaluation.

US, Russia nuclear arms talks end with plans for second round