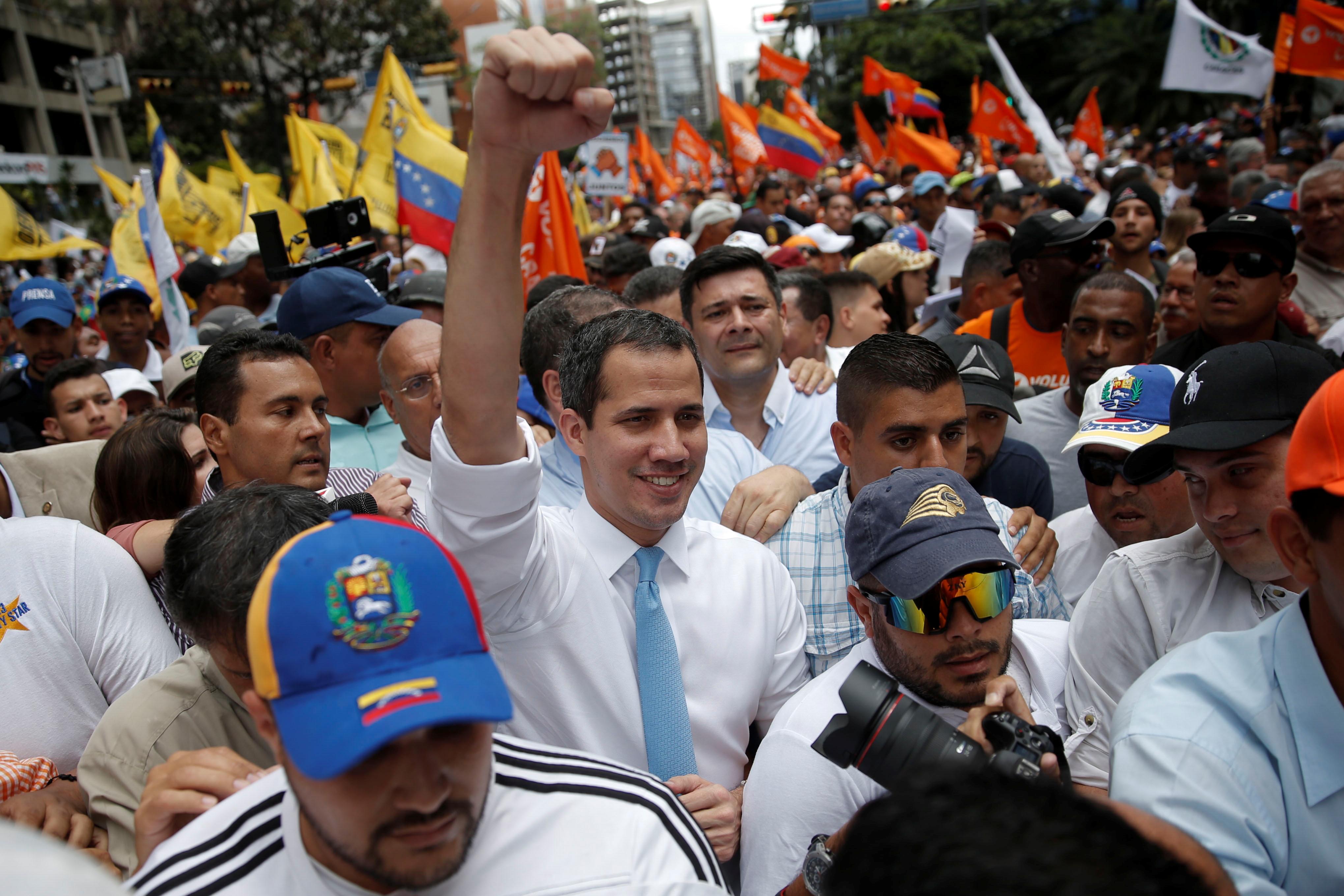 The march, attended by several thousand opposition demonstrators, advanced only a few blocks towards the congress in downtown Caracas before a phalanx of riot police barricaded the road and began firing teargas to disperse the crowd.

“It once again demonstrates the totalitarian nature of this regime,” said lawmaker and Guaido supporter Williams Davila, his face and eyes red from the teargas.

Opposition legislators later held a extramural session in the fashionable Las Mercedes district nearby, setting up chairs on the neighborhood’s main avenue and hanging a large Venezuelan flag as a backdrop.

“We are a powerful majority that can change this country,” said Guaido during the session. “The dictatorship thinks it can take us on, that it can keep us quiet.”

Guaido for weeks had urged Venezuelans to join the march as a way of reviving street protests against the government of President Nicolas Maduro, who Washington has sought to oust through economic sanctions. The protests surged in 2019 but have waned as the ruling Socialist Party has clung to power.

Tuesday’s march was the opposition’s first since Guaido returned on Feb. 11 from a diplomatic tour that included a meeting with U.S. President Donald Trump at the White House. It marked another test of Guaido’s capacity to mobilize supporters, who are increasingly weary with his inability to oust Maduro despite a broad U.S. sanctions program and Venezuela’s long-running economic crisis.

After the rally, officers from an elite Venezuelan police unit, the Special Action Force, raided a hotel in Caracas and detained three opposition lawmakers staying there, congress said on its Twitter account. It did not elaborate and the circumstances were not immediately clear.

Maduro’s government held its own separate rallies in downtown Caracas on Tuesday that were attended by hundreds of red-shirted supporters.

“I don’t miss a single march, even if I’m tried or sick,” said Maria Isabel Luna, 62, a homemaker. “I’m here for my commander Hugo Chavez and for my president Maduro,” she said, referring to Maduro’s predecessor who died in 2013.

A group of legislators backed by the Socialist Party installed themselves as leaders of congress in January after troops blocked Guaido from attending a session in which he was expected to be elected to a second term as assembly head.

Opposition lawmakers later re-elected Guaido, but they have been largely unable to meet at the legislative palace, once home to the only branch of government beyond Maduro’s control.

Venezuela this year is slated to hold parliamentary elections, but the opposition has not determined if it will participate due to concerns over free and fair conditions.

To Russia with love: This Saga cruise is a voyage of discovery