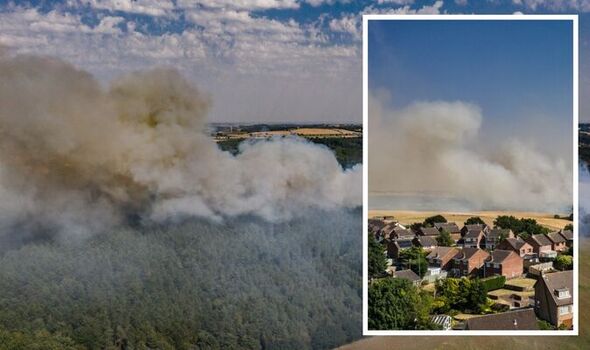 The raging fire sends thick plumes of smoke billowing into the sky. Emergency services that rushed to the scene are trying to extinguish the fire and protect the residential area of Blidworth.

Fire and Rescue Services across the UK are overwhelmed by multiple blazes burning grass and fields all over the country amid the scorching temperatures.

A spokesperson for the Nottinghamshire Fire Service said: “We are currently dealing with an exceptional amount of incidents around the county including a significant fire in Blidworth.

“Currently, we have 15 crews in attendance at this incident including support from Derbyshire Fire and Rescue Service.

“Please avoid the area where possible.”

In a later update, the service said they have declared this a major incident.

They stated that crews from around the county continue to deal with the significant forest fire at the farm on Blidworth Lane. 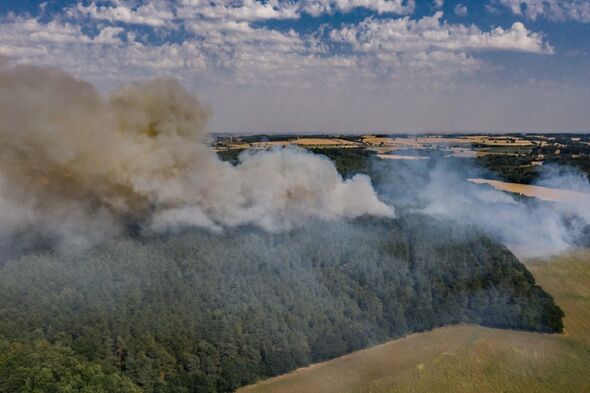 Nottinghamshire Police said they have closed the Blidworth Lane junction of the A614 while the blaze is being dealt with.

The service urged residents to avoid the area.

Residents are also advised to keep their doors and windows closed so as to not be exposed to the thick smoke.

No injuries have been reported and no animals have been affected, Nottinghamshire Live reported. 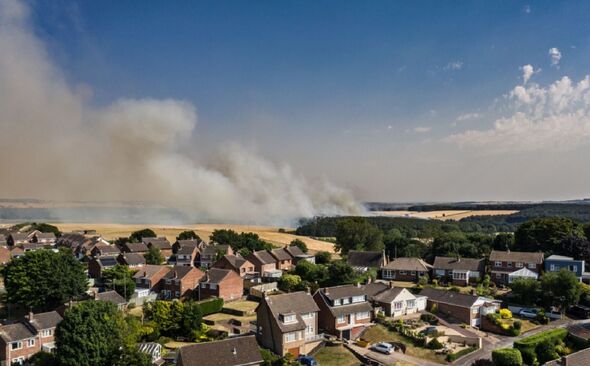 Temperatures have topped 40C in the UK for the first time ever, as the sweltering heat fuelled hundreds of fires and widespread transport disruption.

A temperature of 40.3C was provisionally recorded in Coningsby, in Lincolnshire, on Tuesday afternoon, beating the previous record for the UK of 38.7C in Cambridge three years ago, by 1.6C.

The Met Office said at least 29 observation sites across England have provisionally broken the previous all-time record, from Bramham, in West Yorkshire, to Charlwood, in Surrey.

Scotland has experienced its hottest day on record, with the temperature reaching 34.8C in Charterhall in the Scottish Borders, Met Office provisional figures showed.

Amid the sweltering heat a major incident was declared in London in response to a surge in fires across the capital, nine people have died since Saturday in swimming accidents and there has been widespread disruption to train services.

Ask Amy: Cancer recovery is slow and not very steady The Denver Post