Footage shared on social media shows Putin’s ally Yevgeny Prigozhin speaking to a large group of male prisoners in Russia. In his attempt to push the jailed men to sign up to his group, the Russian oligarch appeared to confirm the army is finding the conflict in Ukraine difficult. He also outlined the main rules to serve, including “no looting” and “no sexual contact”, while warning he could not promise to bring anyone back alive.

The Russian businessman also warned that Wagner members are not allowed to abscond and turn back amid reports of Russian officials deserting from the frontline.

In the video, Prigozhin said: “I represent a private military company, you must have heard of PMC Wagner.

“The war is difficult it’s nothing like the Afghan or Chechen wars, I have ammunitions expenditure two and a half times higher than in Stalingrad.

“The first sin is deserting, no one falls back, no one retreats and no one surrenders into capture.

“During training, you’ll be told about two grenades you must have with you when surrendering.

JUST IN: September 15 – On this day: 41 years since Margaret Thatcher’s purge of dissenters 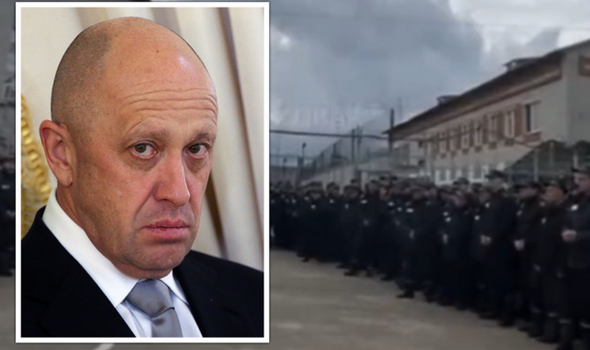 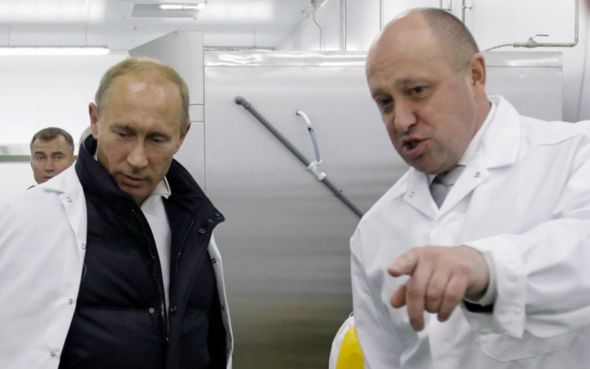 “And the third sin is looting, including sexual contacts with local women… Flora, fauna, men… Anyone.

“The minimum age we are taking is 22 years old, if younger, you need a paper from close relatives that they are not against it.

“The maximum age, roughly, roughly is 50 years old, but if you’re strong right here at the interview we do basic tests to see how strong you are. Good physical shape is essential.”

Prigozhin had previously denied any association with PMC Wagner.

The Wall Street Journal chief Foreign-Affair correspondent Yaroslav Trofimov said: “For the first time, a video emerges of a recruitment talk for Wagner by Prigozhin in a Russian prison camp. Absolutely bonkers.

“Nobody goes back behind bars. If you serve six months, you are free. If you arrive in Ukraine and decide it’s not for you, we execute you.”

Ukraine-based reporter Matthew Luxmoore said: “This video of Prigozhin giving a recruitment speech at a Russian prison is quite something. “I take you alive. I don’t always bring you back alive.” He says all who go fight in Ukraine, including rapists, will be amnestied on return. Deserters will be shot. Gives 5 mins to decide

New Yorker correspondent Joshua Yaffa added: “Totally insane video and instant historic document of late-stage Putinism: “Putin’s chef” Prigozhin himself in a prison recruiting new mercs for Wagner, promising amnesty after six months if you survive, a burial if you don’t—and a bullet if you run away. 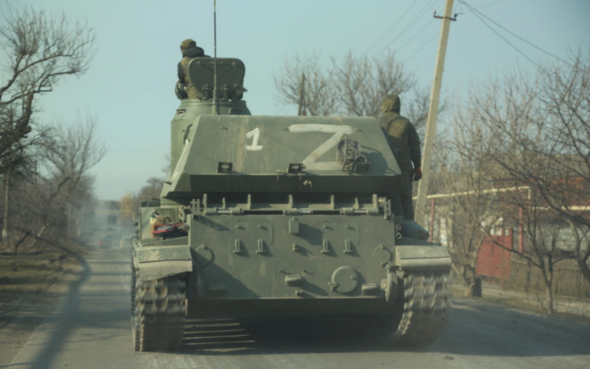 “They are Ok with recidivists, prisoners who committed violent crimes, rapes. To force people to stay at the battlefield Wagner shots for desertion.”

Bulgarian investigative journalist Christo Grozev, who was involved in one of the original investigations on the ties between the Wagner group and Russia, noted Prigozhin’s video confirmed his association with the paramilitary group after years of denial.

Mr Grozev said “Ex-convict and human turd-beetle Prigozhin, who sued @Bellingcat in normal court (and lost) and in kangaroo Russian court (and won) over us reporting he runs and funds the Wagner PMC, here on video recruiting Russian convicts for his ‘own private PMC’ Wagner.”

To many Western military experts, the recruitment of new Russian troops was not a surprise as there have been ongoing reports from Ukrainian ministers claiming that Russian soldiers have been absconding from the war in Ukraine.

Reports of Russian soldiers begging for senior commanders to come back and get them from the battlefield have been shared.