The latest row comes as Vladimir Putin and Tayyip Erdogan grapple for control in Syria, where 36 Turkish soldiers were killed by a Moscow-backed Syrian offensive last month, leading Erdogan’s troops to launch a retaliatory assault.The two leaders have agreed to a ceasefire in the region for now, but similar deals in the past have broken down and one expert highlights how Erdogan’s “delusions of grandeur” could lead him to defy the world’s most powerful countries. Dr Simon Waldman told Express.co.uk in November that Turkey sees itself as a major power and also argued that President Erdogan has been accused of attempting to revive the legacy of the Ottoman Empire.

This has led to Turkey becoming defiant to both the US and Russia risking political fallout and even conflict in Syria.

Dr Waldman said: “From roughly 2002 onwards, Turkey increasingly saw itself as an important country in the world, the term Ottomanism is always used. What people mean by that is Turkey saw itself as a regional superpower.

“Because of this, Turkey thinks that it should act in its own interest by itself and stand up on its own two feet, and when you put these things together, no wonder Turkey decides to deal with its perceived security threats regardless of what the US thinks.

“The aspiration of Turkey is to be a major power, but it is a medium sized power. So delusions of grandeur are certainly a factor.” 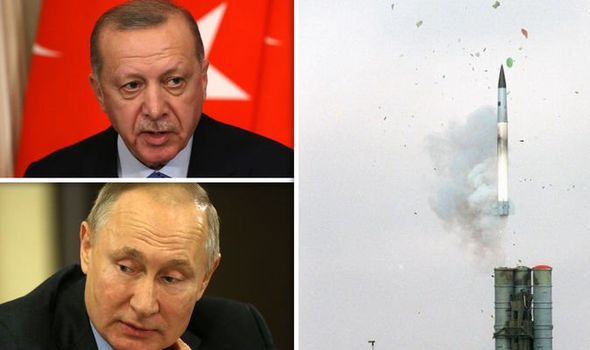 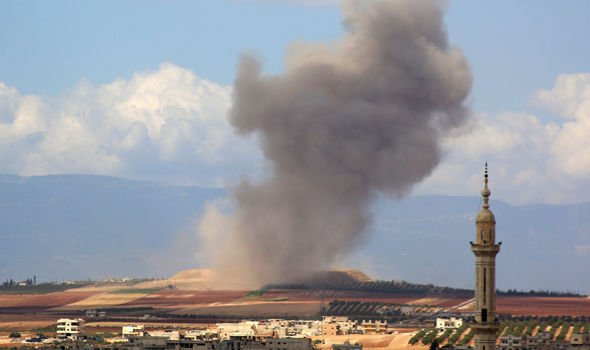 Ankara’s feud with Moscow has erupted from its long standing rivalry with Syria – and despite the ceasefire agreement, Erdogan has sent a chilling warning to Syrian President Bashar al-Assad.

He warned that Turkey “reserves the right to retaliate with all its strength against any attack”.

In September 2018, Russia and Turkey agreed to turn Idlib into a “de-escalation zone”. The area was intended to mark a clear line separating areas of control, but fighting has continued. 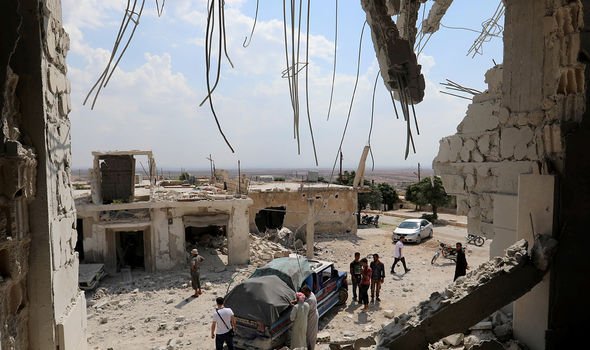 President Putin said he hoped the deal “will serve as a good foundation for ending the fighting in the Idlib de-escalation zone and end the suffering of the civilian population”.

Erdogan and Assad have a longstanding rivalry, and in recent months their differing interests in Syria have brought their two countries to a dangerously hostile point.

Last year, Turkey launched an incursion into Syria to establish a ‘safe zone’ on its southern border – targeting Kurdish forces they deemed to be terror groups.

But the Syrian government sent forces to back the Kurds, and the tension has resulted in Russia becoming power brokers in the region. 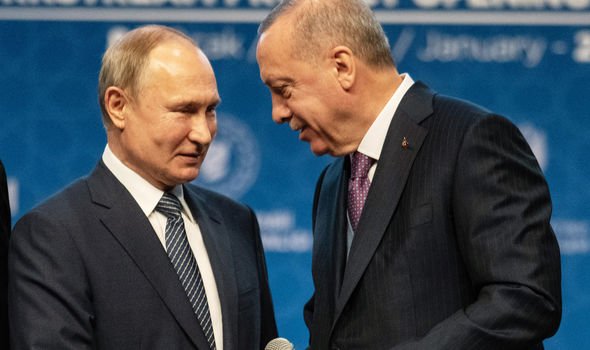 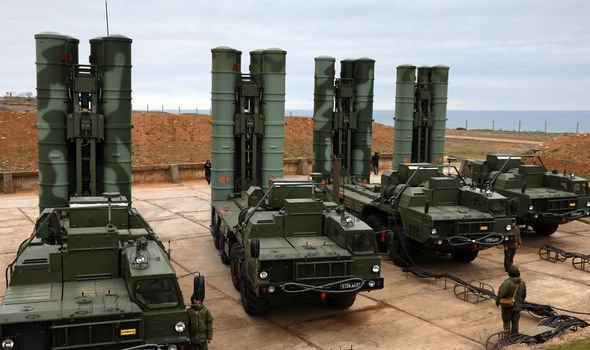 Turkey’s fallout with Russia comes after relations between the two countries had drastically improved, much to the annoyance of Erdogan’s NATO allies.

Russian S-400 missiles were pictured in Ankara in September via images obtained by ImageSat, and the revelation sparked fear within NATO as Mr Putin appeared to be encroaching on the West’s ally.

The pictures showed that, while the missiles were not loaded, they were fully operational, meaning they could gather intelligence on weapons used by NATO allies should they fly over Turkish airspace.

This included NATO’s F-35 fighter jet, which is used by countries such as the US, the UK, Canada and much of Europe.

As Putin salvages the situation for now, Erdogan and Turkey’s ambitions to become a superpower in its own right could lead to more military clashes.